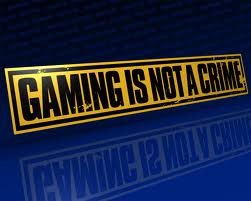 So, this article is going to be something really different. I’m going to talk about how I game, how I select my games to review and play. Also, I’ll be talking about how important gaming is and was till this point of time. I might write several articles about this subject but that depends if I’m not lazy. This blog was started with these sort of articles in the back of my mind. I wanted to write more then just reviews. I wanted to share my adventures in the wonderful land of gaming with you. So, to explain this differently, I’ll be looking at how I roam the land of gaming. Feel free to share your gamer experiences here. I love to read them, so drop a comment. But without further ado, let’s dive into my gamers life.

Sometimes I think I was born with a Nintendo Gameboy. As soon as Pokémon came out, I got the blue version of the game and I couldn’t stop playing. But that wasn’t my very first game.

Before that, I played Pac-Man on my gameboy. That’s the very first game I remember owning. I also had games like Alleyway for my gameboy.

My gameboy & I couldn’t be separated. Man, I took that thing everywhere. On the bus, at school, on the toilet. I even remember playing at the egde of my bathtub. Okay, I might have not taken it with me in the shower and believe me, I’ll never try.

Although I have 3 consoles in my collection, my passion is still with handheld gaming. That’s because of how I grew up. My parents didn’t want a NES or SNES hooked up to their TV. They wanted to see their shows, you know. Parents are often that way. Well, expect modern parents then. Games like WarioWorld, Super Mario World 2, The Legend Of Zelda… kept me coming back over and over again.

I was always so jealous when I went over to my cousin’s place. He had a NES and DuckHunt. I remember on a birthday party that I played it nearly non-stop. I enjoyed the game so much I couldn’t put it down. And in addition to that, my love for Nintendo was already extremely big, so why continue?

Fast forward to June 2013, a year that flew by. I have a rather nice collection in my opinion. More then just Nintendo. And now I play games on many devices. I often start my gaming sessions by playing a bit on my laptop, then moving on to my consoles and then finishing with my handhelds.

My favorite style of games 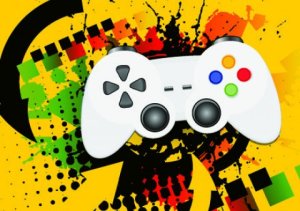 Readers of my blog and people who know me in my real life will know that I play a big variety of games.

My most loved genres are visual novel, adventure, action, role-play, point & click, puzzle and RPG. The genres you see me play very often are shooters. Games I’ll never play are games like Fighting or Racing games.

I have nothing against the genres but I just don’t like them. In fighting games I don’t like the fact that you have to defeat one opponent and that’s all that there is to the game. It doesn’t do enough to keep me coming back. And racing games, I have a great friend who actually is way better then me. Plus, they require you to know a bit about cars, which I don’t know a thing about.

Games with a big open-world, a memorable adventure and great gameplay is the recipe for a game that I’ll rate extremely high. Perfect examples are Okami, Zelda and Tomb Raider.

But there are games with a deep story that I enjoy too. Examples of that are Ace Attorney and Corpse Party.

I admit that I developed a love for games that much that some manage to emotionally influence me. Those series can’t do anything wrong in my eyes and I sometimes forgive major gameplay flaws in game.

But how exactly do I play games? Well, I mostly lay on the sofa or sit on my bed. I find that rather comfy. On my nightstand I have my bottle of water or soda and some snacks. My tablet is also there. In case I need a walkthrough or when I want to post on my forum.

About walkthroughs, I prefer not reading them or looking them up. I can be rather stubborn and try over and over again until I got it. I might have rage-quit multiple games because of that, but which gamer doesn’t do that from time to time. But when I’m really stuck, I just look at a walkthrough and try to get a hint so I can continue.

All bottles of the nope!

There are things in games that actually can turn me away from a game. Broken menu’s I can forgive but when a game has a tutorial that is basically holding your hand, well I might put the game down faster.

Games that don’t have a story, I also won’t play often. Admitted, almost every game has a story but I don’t like them that much. Unless they are puzzle games like Magic Inlay that really got my attention.

The Call Of Duty series is a big wrongdo-er in the main reason I don’t like multiplayer. It makes the single player get weaker and weaker. And this disappoints me. Plus, you got the option to share and brag to your friends that “you are better then them”. Let the bullying commence. I like to stay away from multiplayer since I prefer to experience the game on my own and when I’m done with the game, I might test the multiplayer. But expect Halo for sometime, there isn’t really a multiplayer that made me come back.

Actually, this is going on for quite a while. I think I will abruptly end this article here. Thanks for reading and stay tuned for more gaming memories, personal opinions, reviews and first impressions. Keep it here.