Thanks Smashy for this.

Trying to come up with a definition for a retro game is extremely difficult. Many websites give different information. But which one is right? I did some research and broke my head about this question multiple times. After a while of thinking, I came up with my answer for the question. In this article I will explain more about my though process about this question. So even consider this to be a controversial topic, which I totally don’t get. But feel free to discuss in the comments down below and who knows, we might make the real definition of a retro game. Keep in mind that I try to make a definition here of what exactly is a retro game. Like “when is a game retro?”.

For answering that question we need to ask the question, what’s retro? When does a game turn retro? Is the previous entry in the series when the sequel releases a retro game? Or does it need to have a certain age? If we check WikiPedia on this one, there is an issue. They don’t give a clear definition. Also, they say when the most popular time period is. So, according to WikiPedia it should be 20 years old, looking to the popular period.

But then on other gaming blogs, they talk about games being 10 to 15 years old. So, there is some unknown things about retro gaming.

I think we can all agree that the Playstation 2 is now retro. Since it’s discontinued and the PS3 is out, plus the PS4 is soon going to be released. But let’s look at another console. Is for example the DS retro? I would say so, since the 3DS is out for a while and the mainstream gamers don’t really care about those games anymore.

Definition of a retro game.

So, are retro games, games where the mainstream doesn’t care about anymore? Yes and no, bargain sales don’t count. But I think I can say that whenever a game starts to get sold on second hand stores for low prices or not anymore on store shelves, it’s retro for sure. But wait, that isn’t correct since my local game store sells some old games and some of them are first hand.

Let’s look at it from a different angle. We are currently going to the 8th generation of consoles. The Wii U, PS4 & XBOX one. So, in my eyes, generation 1 till 6 is retro. But when does generation 7 turn retro? When generation 9 is released or announced? Or when generation 8 is well on it’s way?

Some might say that when something is discounted, it’s retro. When it’s not being sold anymore, it’s retro. And I disagree on one level. What if a company went bankrupt? Would their latest releases be considered retro? That would be a far stretch.

Yet, one thing is for sure. A retro game is an old game. But there is still a lot of debate when exactly a system turns retro. The issue we still have is about generation 7. Well, I think as soon as you barely see generation 7 games on the shelves, they are considered retro. When the first hand copies are becoming extremely hard to get. Since saying that games that need to be at least 10 years old to be considered retro, leaves one big time gap to be questioned. So, a game that is for example only a 5 years old, isn’t retro yet?

Is it even possible? 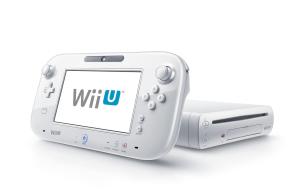 For a while, I thought it would be impossible to make a definition for retro games. On all the forums I visited for researching this topic, everybody starts giving their own opinion. And some are very different then others.

Years are said, requirements or examples. What strikes me as odd is that many new questions start to raise. How do you call games that aren’t retro? Modern games? And why are always the handhelds left out?

It becomes even more difficult if we try to think about what games exactly you need to look at to make a definition. For retro games, do we need to take games like Android and iOS in a count? Or even the online flash games or Facebook games?

A video game is an electronic game that involves human interaction with a user interface to generate visual feedback on a video device.

So, actually we need to count games created online and games created for tablets or phones into our group of games. Sadly enough, many gamers will rage at me for saying that. Since they don’t see Facebook games as actual games. Yet, I would refer those people towards the definition that I gave. Okay, copied from WikiPedia. Plus, I don’t think the developers would like to call their product an interactive application or a game wannabee.

Flaws in the logic 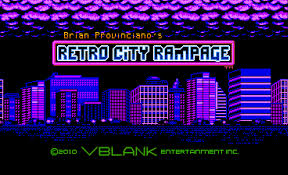 Like I said in my previous part of this article, there are always flaws in somebody’s logic. When somebody says that the previous generation is considered retro games, I have a small question for you then. Let’s take the 3DS for example. The 3DS is released late 2011. Are games from 2011 retro or not?

Honestly, it’s a combination from factors that decides when a game is retro. But I think I found a great indication for looking if a game is retro or not. The sales graph.

Think about it, if you look to a sales graph, you first get the early adapters who buy the game without looking to reviews. They are extremely hyped and they want to product. If you look to an usual sales graph, there is a point where it goes down in sales. In my point of view, I think you can say that a game is then starting to get retro.

Mainstream games will continue to sell. Like for example Minecraft, it might be an old game but it keeps selling like crazy. Whenever a game starts to “die” in the interest of the general public, the sales will go down. With that, the developer starts to get more and more costs of supporting the game. And eventually they start to support the game. Around that time, the game starts to become retro.

So I think that you honestly need to look to how much the game is sold, for which price (compared to the original), how much general interest there is, if the developer supports the game…

But then again, there is a flaw in my logic as well. Games that are overlooked, aren’t really the issue since they get sold. But I’m talking about free games. Those can’t be sold.

Well, I think I’m going to leave it here. What do you guys think is retro? I look forward to reading the comments.