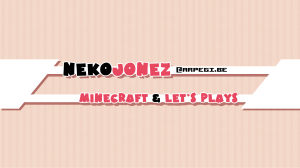 Sadly enough, I’m afraid that I’m getting a little bit sick lately. I hope it’s something that flies over. Since the less time I waste being sick, the more time I can spend studying and maybe have some time left over to write an article so Q doesn’t have to write something to have an article each week. Anyways, I was reading my buddy’s theCredibleHulk’s latest article and he talked about my article once more. Yeah, he did. While I honestly disagree with his claim that Indiana Jones and The Infernal Machine is “crap”, he said he likes to read articles about nostalgia. And being a blogger that talks a lot about nostalgia and old games… Hey, perfect combo no? Let’s talk young NekoJonez 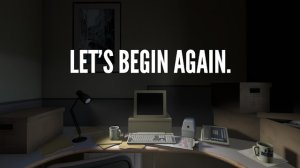 I have a pretty good memory when it comes to my childhood. One of the first times I got in touch with games was when I visited my cousins in the Netherlands. They allowed me to play on their computer. Well, play as in drawing things with paint. As a young child, this was an awesome game in my eyes.

If I remember correctly, around the age of 7, my parents got a computer in their house. And I still remember that my mom allowed me to play a copied version of Tarzan on that machine. And that game drew me into gaming for good.

I’m on the hunt to buy this game, and if I see it at a garage sale, I’ll buy it and play the -bleep- out of it. I remember not getting extremely far and dying left and right, but I still enjoyed my time. But then, everything changed.

I got my hands on my aunt’s gameboy. That grey brick one. The only game we had was Tetris but it was enough to make me addicted to play over and over again. And that brings back fond memories of playing Tetris DX against my grandmother and my aunts. Oh, those were the days.

I can talk ages about my gaming history but I have to save more for other articles about this subject, so let’s talk about something different shall we?

Blast from the past

While I’m struggling with how I’m going to present these articles, a few idea’s are floating in my head right now. This segment is “blast from the past”. Where I’m going to talk about a game I really remember from my childhood.

As a kid, I was never really good at a certain game. While my PvP skills have improved, I’m still a derp and multiplayer hasn’t been something I often do. But something I really like doing was sharing my opinion on games. This was one of the first games I made a video on.

My first way of expression my opinion was making YouTube video’s of poor quality. Since I wanted to show the people how the game really looked like on a gameboy screen. I knew I could record with fancier devices, but now I was sure that nobody could say that I tricked the footage.

But as a child I even uploaded stupid video’s, which I thought were awesome. I remember a video where I talked about importing a video from your camera into Windows Movie Maker and then exporting it. Then the video was smaller in size. Of course, that’s logical. It’s called rendering a video. But as a child I didn’t knew better.

I actually never really owned the game legit back then. Now I have my legal copy but I played the game back then on those fancy 100 in 1 games. Where you have only 10 games in one with the save feature ripped out. So, I had to replay the game couple of times before I could continue making footage.

Another memory was me playing the game on one of my various trips to the France or Austria. We drove there by car. And it was a drive of nearly a whole day. And my gameboy held me company for the whole road. And man, I nearly finished this game with my child like mind. I was so proud of myself. 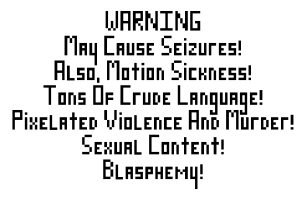 How good am I at games? Well, most of kids in my time tried to be the best in the game that was hot at the time. The progressed at a rapid speed and they knew the game from front to end. And I was the weird kid on the block. I didn’t do that.

I looked more at the inner working of the games. Why was it so much fun and what was actually creative? Yeah, the critical sense was kind of developing back then. Together with my love for writing, I actually started reviewing games instead of trying to get good at them.

I saw games as a way to pass time. Not to be the best at it and defeat everybody and brag around the neighborhood. Games where a way to express my idea’s, feelings and opinions to others by using YouTube and my own blog.

And years later, nothing hasn’t really changed. My core personality of reviewing games and trying to be creative with the given tools is still here. You are reading an article about it.

But these days, I try to explore each and every game to it’s full extend. Even going as far as replaying games with cheats enabled to find spots and area’s where the devs hid something. And I’m not afraid to use mods. To see what other people have done with the game. I’m now into Pixelmon. I posted an image of a stronghold, that’s floating across a ravine, on my twitter earlier. I found that while playing Pixelmon 3.1!

I look at myself as a sort of jack of all trades. I don’t have a specialty in  a genre. Apart from some exceptions, there aren’t a style of games I’m really good at. But I’m able to beat games of all genres if I sink my teeth into it. Puzzle games, I crack those puzzles. Adventures? Sure, I finish them. Action? I will beat you down, bad guys. RPG’s? How can I defeat this boss without using a lot of items?

There are only two genres I rarely play. Fighting games and racing games. I can’t get into them. Bit of a shame really since I have friends who really want to play with me and play almost exclusively those types of games. Oh well, one day maybe.

So, we have talked about the history of my life in games, a big game in my childhood and how my gaming style evolved over the years. Not bad for a first article. If you liked this article, please give it a like and share it. It’s a sign for me to write more of these style of articles. But I’m going to leave other stories for other articles. I hope you enjoyed this and I hope to catch you next time here on my blog.