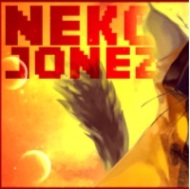 It’s time again for an article about my life! So, I promised to write an article like this each month. While a lot of this will be things that I mentioned on my Tumblr but hey, a reminder is nice once in a while. Besides, I consider things to be official when they are on my blog. Before I start, I have a few games that I picked up over the course of this month. Today I picked up 4 new PS2 games. I’m working on a list of my gaming collection. That might soon be published. Anyways, instead of heaving a long introduction, let’s get to the updates.

I’m sorry to inform you guys that I’m going through a struggle right now. I’m caught between a rock and a hard place. I said on my Twitter and Tumblr that I’ll be fine. June will be a month that will decide everything for the rest of my life! Yes, it’s finals time. But there is more to it then that.

Since it’s dangerous to post real life stuff online, I won’t talk in depth about it. For that, there is family and friends.

But I’m extremely busy. This brings a lot of stress and that means I don’t feel as motivated to write as I usually do. So, please keep that in mind.

Soon, I’ll publish a new exclusive press release on my blog from the guys of HappyLatte. The press release will be posted  between the 19th – 25th. The usual article could be delayed. Depends on how the last week of May is going to look.

I need to do a small bit of work on it. Like adding my own personal thoughts on it. So, that’s way I can’t say a final date. But the good news is that each download that you guys make from my blog, you support me too. 🙂 That’s neat.

Read this article as well.

Since it would be silly to write about the same updates again on my blog.

First of all, as you guys can read… I think I inspired Q to a new series. From Manga to Video game. To be a bit of a “jerk”, I actually gave him that idea. But hey, he is getting really good at it. Since somebody wanted to really make the game he talked about in the article he published on my own blog.

I still need to add that article to the page for ButtonSmashers. I’ll do that soon.

On Tumblr, I kept you guys up-to-date with my life. I had a lot of work with the internships and now the finals are coming. And here is the sad part, I have an overload of ideas for my blog.

A new gaming nostalgia article is written and is ready to go. It will be published in May.

I’m also talking to my friends over at the ButtonSmashers Blog to review something else then a game. Oh yes, a special co-op review of something else.

Also, I’m planning a new game diary and a new Android games article. And a ton of first impressions. Maybe the ones I mentioned on my Tumblr and possibly others.

I’m also planning to revamp my pages. With more pictures and way more handy navigation. But that will be a project I will work on this summer. But suggestions, drop them in the comments.

Wow, writing life updates on Tumblr makes my updates shorter and more to the point :). Sweet! Now, I have forgotten one thing and that is that I did a new update to my forum. Go take a look!

Anyways, if you want to keep more up-to-date with me and my current plans, I suggest that you follow me on Twitter. When I post something on Tumblr… it will show up there too. And on Tumblr I say my plans and ideas for my blog. But be warned, I’m sometimes somebody who quickly changes his mind.

Thanks for reading and I hope you enjoyed. I’ll see you guys on another post! Cheers!