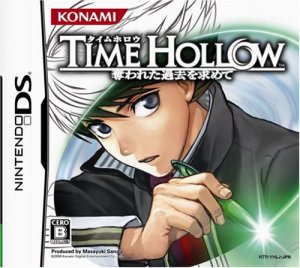 Alright, in order to celebrate some milestones, it’s time to review a game that’s very special to me. I begged Konami to make a sequel of this game. But why? Is this game really so good that it deserves a sequel or am I just being hopeful because I love this game? Before writing this review I replayed the whole game. Just to be sure I wasn’t going to forget anything when I would review this game. I have beaten this game 3 times. I might have beaten it more then 3 times, I honestly don’t remember. This game is extremely memorable to me because I can relate with the main character. Not only that, the soundtrack just helps me write. And the main theme, yes, the main theme. I selected that once in an article about my favorite music tracks in games. So, I don’t have to explain myself there. So, before we continue, this game is a visual novel and adventure game. Like Ace Attorney or Professor Layton. So, because of that, this game falls into my favorite game genre ever. Because this game’s strongest point is the story, I decided to not have any spoilers here! YAY! Anyways, let’s get to reviewing this game. As always, feel free to leave a comment with your opinion on this article and or your opinion on the game.

I open my eyes, to another day. 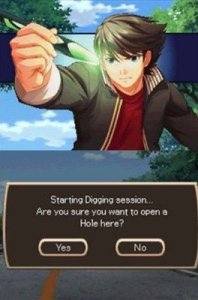 In this game, you play as Ethan. His birthday is the next day. After you meet his family and the basic characters are set, the story flips the tables on you and takes you on quite a ride. Yes, his parents go missing. They aren’t kidnapped. Since Ethan had a nightmare. In that nightmare, he saw his parents fleeing a burning building through a portal.

That’s all I’ll tell you about the story. Apart from my views about it, of course. So, the story is amazingly written. The build up to the final part is thrilling. The story has several chapters. As the title suggests, you will have to mess with the time and past events. I’m just blown away by how the problems you have to solve can build up to the actual villain of the game.

But here we hit on of the biggest weak points of the game. The game is short. Not as short as Lili’s: Child Of Geos, but I was able to beat this game in a week. Maybe my experience with adventure games helped me, but still, comparing it to other adventure games on the Nintendo DS, this one is too short.

At the other hand, this isn’t such a bad point. The story doesn’t get messy with too many events which makes the story really memorable. The writers truly focused on the personality of the characters. You see them grow and change with each change you make. In the end, you will start to hate certain characters and get attached to others. Mostly due to the brilliant writing. The story never feels; how to say this? Made longer on purpose so you have a longer game to play. It truly benefits the game since you get to know the location better!

Taking back what was mine. 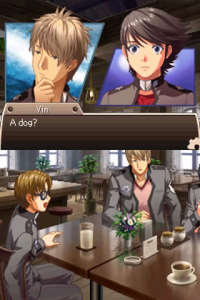 Sound design wise, they did an amazing job. The sound effects make the game feel truly alive. While I would have used a bit more sound effects if I made the game, I have nothing bad to say about them. Even the voice acting is way better compared to another Konami title I really love as well, Suikoden Tierkreis.

So, the gameplay of this game. Well, it’s pretty interesting. You are presented with a problem. It’s up to you to solve it using Ethan’s special powers. It has something to do with time. Yet, you still want to find out what happened to your parents. The game requires you going to certain places and talking to people.

It doesn’t sound like much, yet it’s strangely addicting. Mostly because the story is really well made, I wanted to continue to play! 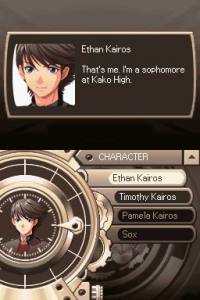 The difficulty in this game lies into if you are familiar with the style of gameplay or not. Like I said earlier, this game is rather at the short side for veteran adventure gamers. At the other hand, I do expect new players to the genre getting stuck at certain parts. To avoid that you get frustrated, there is a character that’s “training her psychic abilities”. She is basically giving you a clue what to do next or where to go next.

Visually, this game really shines. On this front, I honestly do disagree with the other reviewers. I have seen review where they give this game only a 5 or 6 on the visual aspect. And I don’t think that’s enough. Because most of this game is told through it’s presentation. This game is more like an interactive book. There isn’t a lot of animation to talk about, apart from the flashbacks and cutscenes. I honestly loved revisiting certain places just because of the visual polish this game got.

So, before we go to my conclusion, I do think I have to speak my mind about the replay value. This game has a small bit of replay value. Because there are two different endings. You can only unlock the 2nd ending once you finished the game. Also, the 2nd ending is more for… Whoops, I nearly spoiled a part of the game.

Yeah, because of the genre of this game, there isn’t any replay value besides the second ending. The only time you might replay it, is when you want to review it or just feel like replaying this game.

So, time to move on to the conclusion!

– Failed to bring innovation to the genre, where there was potential.

The biggest setback of this game is that’s it’s short. Way to short. Because of that, I see how a lot of people won’t really get into this game. Honestly, playing through the game for a couple of times, I wasn’t able to find any other negative besides just the length of the game.

I honestly get the feeling that this game is polished to perfection instead of made longer. I might just be blinded a bit because my love for this game. Who knows? I invite you to play this game and tell me what you think. If you liked games like Ace Attorney or Trace Memory on the DS, it would be a shame if you missed out on this one!