One of my favorite YouTubers made a let’s play of the Wii U version of this game. When he finished the game and when I saw this game sitting on the shelves, I picked it up. I didn’t do any research on this game so I went in blind. In the back of my mind I was afraid of a bad port of the Wii U version. When I started the game those worries were put to rest. The intro to the game is slightly different. I kept playing the game, and then I got distracted by some other games. Now that I’m trying to beat it for a review, I thought it was a great moment to reflect on my current experience with this game. Is this game a worthy alternative to the Wii U version or is it just a cash-in? Let’s take a look. As usual, feel free to leave a comment on the content of this article and or the game. 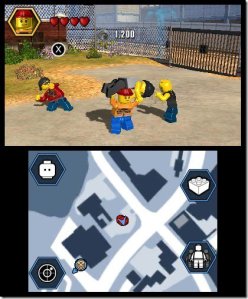 This game is a weird one. The story has a similar vibe to the Wii U version, yet it’s different. Once I read that the 3DS version is actually a prequel to the Wii U game. If that would be the case, I would give the story a thumbs down. Since it doesn’t explain many things from the sequel.

The story is told through cutscenes. Some of them are movies and others are text boxes. Here the game already makes a huge flaw. Only some things are voiced. The 3DS can voice a full game. Virtue’s Last Reward is an excellent example of this. This was a big letdown for me.

The cutscenes are voice-acted. The voice acting has very high quality. The reason for that is simple. The voices are from the same people as the Wii U version. I’m glad that’s the case since otherwise I would be let down even more.

The problem with the story is that some things aren’t explained very well. As a hobby-writer I found a few moments where I sighed deeply. “How did Chase find that clue?” or “How does Chase know exactly where that is?” and many other questions often came to mind.

The story is worthless as soon as you put some thought into it. So, my advice is, just take it for what it is. A bland story based of the Wii U version.

The music of this game is rather enjoyable. But I can’t decide if it’s memorable or not since they just used the music wrong. Most of the game has barely any music to it. I had moments when I was exploring that this game was actually silent, apart from the sound effects.

But when the music does play, it plays the same music in the same events. That isn’t a huge problem, but it makes the songs go boring rather quickly.

Since it’s a thing lately, the game runs at a steady framerate. I never had any slow downs. While I’m on the subject, the game does have to load here and there. Sometimes the loading is a bit too long for comfort. I wish it loaded faster.

The game takes place in the various areas. From a prison to the woods,they are very varied. Unless you played the Wii U version, then you will recognize most areas. I started to have a feeling that they first wanted to fully port this game to the 3DS, yet they decided in the end to make something different with the source material. But I have a bigger fear. I’ll talk about that later in this article. First, let’s talk about some other aspects of the game. Like the visuals, difficulty and the gameplay. In the next section of this article.

The gameplay is repetitive beyond belief. In each area you have to fight enemies, do a side quest and then fight even more enemies. The repetition makes the game go boring really quick. I started to play this game while I’m on the train since then I can listen to the announcer when my train arrives in the station I need to get off.

The controls, that’s something I have to address, they are just… flawed. To change costumes, you can use the D-pad. The circle pad is used to move, but it goes so slow. I always go from point A to B in a vehicle when possible. The game uses the motion sensor of the 3DS, and there is no option to change that. Why? I don’t want to look like a crazy dude on the train.

Visually, this game isn’t anything groundbreaking. There are some places you can see how they worked around the limitations of the 3DS, yet I haven’t seen any flaws with it. There are some animation flaws I noticed. Mostly flaws in how they show a location in a cutscene and how it appears just moments later.

I’m reaching the end of my article. I think some parts of this game should be explored more in my review when I have beaten this game. But before I close off this article, I want to talk about my fear of this game.

I think they were developing a port at first, but then changed to make a different game. But this game was developed together with the Wii U version. The team had to split it’s resources over the two projects. The Wii U version got the love, and rightfully so. They made a solid gem of a game on the Wii U. That makes the 3DS version underdeveloped in some areas, and it shows. At least, that’s my theory of this game. I have to dig a bit deeper on this.

Anyways, that’s everything for my first impression. I hope you enjoyed reading it as I enjoyed writing it. Thanks for reading and I’ll see you next week when I kick off my GB(C) month! Hopefully until then, take care.