A while ago I wrote a 1600 word behemoth talking about my thoughts on the current generation of games consoles and the state of gaming. I recently played a game that made me feel even more strongly about this. Basically, it concerns the second-to-last paragraph talking about innovation in games. I’d like to talk just a little more about that. I promise: this article will be a little shorter. 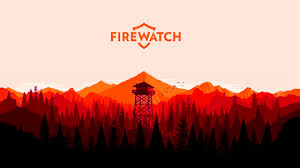 This all started last week when I was talking to my cousin about the seventeen minute gameplay video of Firewatch. That game looks incredible. Even if it’s not open world and more linear than it appears, I cannot wait for it to come out. If you don’t know what Firewatch is, I’ll briefly explain. It’s a game about you, some guy, starting a job as a forest overseer in the eighties, and things happen in the woods which you have to deal with. The gameplay video looks like I could absolutely loose myself in that world.

After our discussion about the video, I talked about my favourite game series of all time: Metal Gear. It had been a while since I played through all games, but I picked it up a few weeks ago and I’m up to Metal Gear Solid 2 as of now. Even though I have played this game several times, I was really intrigued by it this time. It has never been one of my favourites in the series, but in light of recent developments in the gaming industry, I now look at it with a whole fresh perspective.

The first section of the game takes place on a large tanker ship. It is here that I started to pay more attention to the game’s mechanics, looks and details than before. The first thing was the lighting. This game uses dynamic lights and shadows in many places. When the enemy is close to you and the flash light on their weapons shine on you, it appears like there are light shafts and your body interacts with it. I am sure this isn’t a true volumetric light source, since that technology was not in place in the early 2000’s and is very computationally intensive, but it still looks impressive. Especially considering this game was released in 2001. Let that sink in for a second. That’s fourteen years ago.

Sure, this game doesn’t have the most incredible graphics by today’s standards, but at the time (and especially for an early PS2 game), this game looked incredible. Frankly, I still think it does. It has an aesthetic, which is more important than graphics, and it’s what a lot of modern AAA-games seem to miss.

Truly impressive, though, are the details. On this tanker is a crew lounge filled with lovely little details that make the worlds feel so much richer. There’s a plasma TV playing and when you shoot it, it breaks. The screen doesn’t just go blank; it starts to go black in a circle around where the bullet hit and goes outwards until the whole screen is black. A magazine rack is also present. If you shoot the individual magazines, they fall on the floor. They might be upside down, open or lying on the front page, and when shot again, they change position.

There’s a pane of bullet proof glass (seen above), but when shot about twenty times, it breaks into a million pieces. Again, like the TV, it starts to break where you last shot and it goes outwards from there. In the corner of the room is a bar (also seen above), stocked with glasses and bottles that all break and fall differently. Shoot at the plants, and leaves fall off and they wiggle.

Later on there is a boss battle with a female character named Fortune. The explosions in that fight cause the lights on the ceiling to swing, making the shadows on the ground change and again adding to the believability of this world.

These things are not new in modern games, but they were then. This game tried to push a new system further than any other game of its time. Mind you that this game did not compromise on its resolution and played at 60 frames per second. Knowing this, makes it look even more impressive.

The current generation seems to rely too heavily on things that have been established in the generation before (PS3/360), and to some extent even the one before that (PS2/Xbox). Aside from looking prettier, there seems to be little new. Little that is pushing better hardware, and that’s sad.