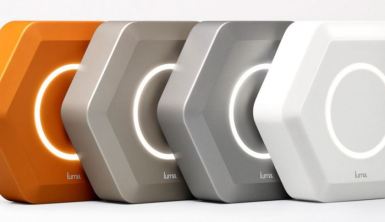 A while ago, I learned about Luma and how this system can help boost your wifi. Oh, to avoid confusion, this isn’t a sponsered post! Not one bit! So today, I’m going to talk about some games that got enhanced thanks to WiFi. And as usual, feel free to leave a comment with your opinion on this article in the comment section down below.

What is Luma WiFi?

So, why should you bother to buy Luma WiFi? And what is it in the first place? Well, it’s a router that provides WiFi. And it’s a device that creates a mesh WiFi network for your home.But thanks to the mobile app, you get a lot more control. I love these features:

So, why should you bother to buy Luma WiFi? And what is it in the first place? Well, it’s a it is a device that creates a mesh WiFi network for your home.

I want to thank you for my times on Minecraft!

I have reviewed this game in the past. So, I won’t go too in-depth on this game. But dear WiFi, do you remember all the times I opened a port on the router so my friends were able to connect with my server? All the adventure maps I played and all the vanilla maps I played on.

I have a lot of great memories of building cities with my friends, pranking each other and having great adventures. I wish I still had the screenshots of all those builds, but now they are memories. Some are in video form, buried in my YouTube archive.

I want to thank you for my times on Age Of Mythology!

What do you say? Why do I want to thank you for a single player game? Oh, silly WiFi! For the multiplayer features of course! The times I went online and played different gamemodes than your standard RTS-match were amazing.

I was surprised when I saw other people their creativity with the engine. But hey, I remember my intense matches I had online. I rarely won since I’m not that good in micro-manging my army. And that’s a big weakness to have while playing RTS games.

I want to thank you for my times on Super Mario Maker!

But then, Super Mario Maker got announced. I was really hyped. Since I know that when you give a toolbox to us gamers, we always find ways to use the toybox in creative ways that the developers didn’t expect to create to create something unique.

I played a lot of levels on Super Mario Maker! I also uploaded my own levels. Sadly enough, they aren’t online anymore. Otherwise, I would have linked them in this article for sure!

Throughout 2016, I have played so many different levels. From automatic scrolls to even small puzzle games made in Super Mario Maker. I’m quite curious what people are going to create when it comes to the 3DS in the near future.

but WiFi, let’s not forget about…

I could make a whole list of Android games I discovered since my phone and tablet are able to connect with WiFi. But, I’m just going to say this.

Lately, my opinion on tablets has changed. In the past, I was convinced that tablets were useless. Since you are able to do so much more with a laptop. But, now I know that it’s a handy tool to do some research for my blog while playing games or to watch some videos while I’m on the train. It’s also a handy planner. Yeah, I’m totally convinced about the usefulness of tablets now.

but WiFi, I almost forgot to…

So, WiFi, remember? I have written an article about why I thought that digital downloads can be harmful for our gaming market. Reading through my old article, I feel like I need to give it a follow-up where I go more indepth about my opinion and stance on digital downloads.

But, that’s for another time. So, WiFi, thanks for giving me access to the Nintendo eShop. Since it’s such a big hassle to connect my Wii (U) to my router with a cable, so I connect everything with WiFi.

I have downloaded so many great titles on my 3DS and Wii (U), I can’t count them all anymore. Games like Shantae and the Pirate’s Curse, SteamWorld Dig, Mighty Switch Force, Ace Attorney 5 & 6 amongst many others.

And let’s not forget about the Virtual Console. I didn’t have any console while I was growing up. I only had my Nintendo Gameboy and a PC to play games on. So, I missed out on a lot of classics. Thankfully, with a lot of those classics being released on the Virtual Console, I can play them all. Some games I even own physically and on the Nintendo eShop. Games like Zelda – Oracle games, Lufia, Metroid, BallonFight, Super Mario RPG, Paper Mario and many other games.

So, thank you WiFi. For all the memories you helped me create. Let’s toast on our friendship and let’s continue our great friendship.

So, I have to admit something here. While I know that working with a wired connection is in some cases the best route for online gaming, I have always played my games with a WiFi connection. I honestly find it very stable and I don’t want it any other way.

There are already too many cables to manage from my (retro) gaming consoles and my desktop so, I don’t want the additional wires for connecting my device to the world wide web.

So, I have to thank a lot to WiFi. But for this article, I tried to talk about things that you can most easily do or only do if you connect to a WiFi network. WiFi is so important nowadays, you can’t think it out of our daily lives. So, thank you, Luma for giving me this opportunity to write this article and when I need a new router, I’ll sure keep you guys in mind.

Thank you for reading and I hope you had as much fun reading this article as I had fun writing this one. I hope to be able to welcome you in another article on my blog, but until then… Take care and have a great rest of your day!