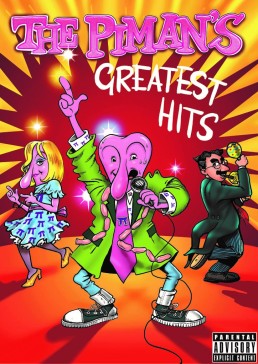 London, United Kingdom: The Games Collector, a UK-based producer of both modern and retro gaming-related products is running a crowdfunding campaign to bring the music of Mel Croucher to the masses.

Who is Mel Croucher? Only the father of the British gaming industry. At a time when most computers were being used to calculate the compound interest on the revenue from a year’s worth of potato sales, Mel was selling his eclectic range of games for the ZX Spectrum through eye-catching adverts on the back pages of the popular computing magazines of the day.

What made Mel’s games particularly memorable (for those who do actually remember them) was that they often included audio tracks on the reverse side of the game cassette. From original compositions to hilarious parodies, there was something for everyone. Leider of the Pac told the tragic tale of Pacman’s lover, who wears the yellow character’s internal organs as a memento after witnessing his death in a car crash (yes, really). Put Cat Out Mother, It’s on Fire Again surprised no-one with its mention of a cat on fire, and Three Point One Four Two sounds vaguely familiar but none of us actually remember it.

Now The Games Collector has decided to inflict these sonic gems on anyone willing to part with a reasonable amount of their hard-earned wages, making the collection available on vinyl, CD and even a cassette tape for real fans of the era. In total there are five albums (two are in fact doubles) that make up Insπred: The Collective Works of Mel Croucher.

The sequel to Mel’s most famous game – Deus Ex Machina – featured a cast including Christopher Lee and Joaquim de Almeida, and one of the highlights of the collection is a real life ‘Evil Laugh Off’ between the two of them – almost but not quite justifying the asking price by itself.

Interested parties can reserve their collection through the campaigns crowdfunding page at https://igg.me/at/pimania A preview of Mel’s music is available on Soundcloud at http://bit.ly/2oHZlae

About The Games Collector

The Games Collector Ltd is the result of decades of playing and creating games and the obsessive collecting of memorabilia by its founders. With a product line-up featuring exclusive, exquisite and highly desirable collectibles, the company aims to bring fans the items they long for, and maybe even a few they didn’t know they wanted!