Quite often I get indie developers requesting me to take a look at their game. Today I want to talk about a game called “The Pepper Prince” which is an episodic adventure fully created in ASCII art. At the moment, there are 5 episodes planned and only the first episode has been released. Full disclosure, the developers provided me with a press key for this review. And as usual, in this article, you will find my 100% honest opinion. So, let’s get backing and rhyming for a wedding cake of two princes. Yes, princes. And also, as usual, feel free to leave a comment with your opinion on the content of this article and/or the game in the comment section down below.

The story in this game is very quirky. It’s completely written in rhyme and it’s enjoyable to read through. The humor, charm, and pacing is just on point.

The only minor thing is that the story was over before I knew it, it was that well-crafted, it drew me in that much that I forgot that each episode contains only one hour of gameplay. I’m now even more excited to play the following parts of the story.

The gameplay of this game is quite enjoyable. It’s a great point-and-click game where you need to look for items to help other characters that in turn help you to progress your quest. The “TO DO” list in the journal was a great help when I didn’t know what my next steps would be.

The visual presentation isn’t for everybody. I can totally imagine some players looking at the ASCII art and skipping this game. But not for this retro gamer, oh no! While playing this game, I felt like I looked up my old-school retro gaming PC and I was playing those old DOS games during those wintery nights with a cup of hot chocolate and a warm blanket wrapped around me. This game leaves a lot up to the imagination and I love it when games pull this off well.

The music in this game adds to the old school charm. The only thing I would recommend to the developers is that there is an option to have more MIDI music playing. It would just make the whole experience that more perfect.

The difficulty in this game is just right. Thanks to the journal, you have a great list of all the things you have to do. You can always ask about various tasks to all the characters that often point you in the right direction. While this game doesn’t have a mini-map screen, the characters point you in the right direction by saying things like: “I have seen him go west.” and things like that. Now, this game isn’t too challenging. As a matter of fact, it’s quite easy and relaxing actually. 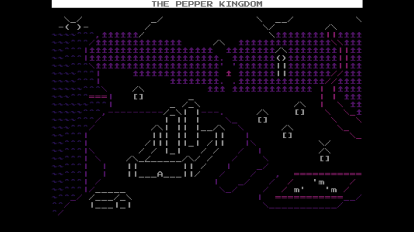 Now, this game is very well created. But, there are some things I would change in a future update or for the following episodes.

I’m quite happy to see an achievement for speedrunners. You get an achievement when you are able to finish the first episode in 15 minutes. Now, I totally miss one option that would make this even more helpful. A timer. Yes, a timer so speedrunners can keep track of the time and know when they need to restart when they aren’t going to make the 15-minute mark.

Something I would personally change is the color of either the items you can pick up and the characters. At the moment, they use the same color. This confused me a few times, thinking that an item was a character I could interact with. In addition to that, a small sound effect when you get something in your inventory would be a great addition.

This whole game is controlled by the mouse. Something that would add quite a lot to the charm of this game is if you were able to use the keyboard to control this game to some extent. Since a lot of old school DOS games don’t support the mouse. But that might be just my preference.

This game nailed the charm of an old school DOS game perfectly. The game is enjoyable and great to play through.

The game also has a lot of potentials and with a few changes, the game can become even better.

If you are into point-and-click games and or into old school DOS games, I highly recommend this game. Like I said earlier in my article, I was pulled into the charm and story of this game so much, I forgot that the game is quite short. It made me even more excited to play the upcoming episodes of this game. I want to see how the story will continue and where it takes me next.

The game is also quite cheap on Steam, so I think you have no excuse to give this game a go. I enjoyed the relaxing gameplay. I want to thank you for reading this article and I hope you enjoyed reading it as much as I enjoyed writing it. I hope to be able to welcome you in another article but until then, have a great rest of your day and take care. 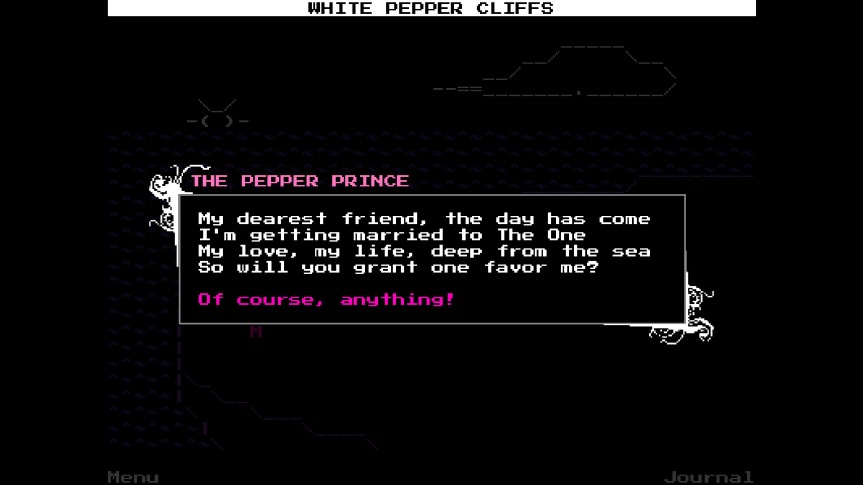