On the day before my 28th birthday, I want to talk about a game called Colorful Colore. A game developed by a small team of developers and ported by Drageus Games over to the Nintendo Switch. As usual with Drageus Games, I got a free press code to take a look at this game and I’m allowed to give my 100% honest opinion on the game. So, in this game quicky article, I’m going to take a look at the Switch port and if it’s worth it to pick it up for the low price of 3 bucks or if you should spend your money elsewhere. With that said, feel free to leave a comment in the comment section down below with your thoughts and/or opinions on the game and/or the content of this article. 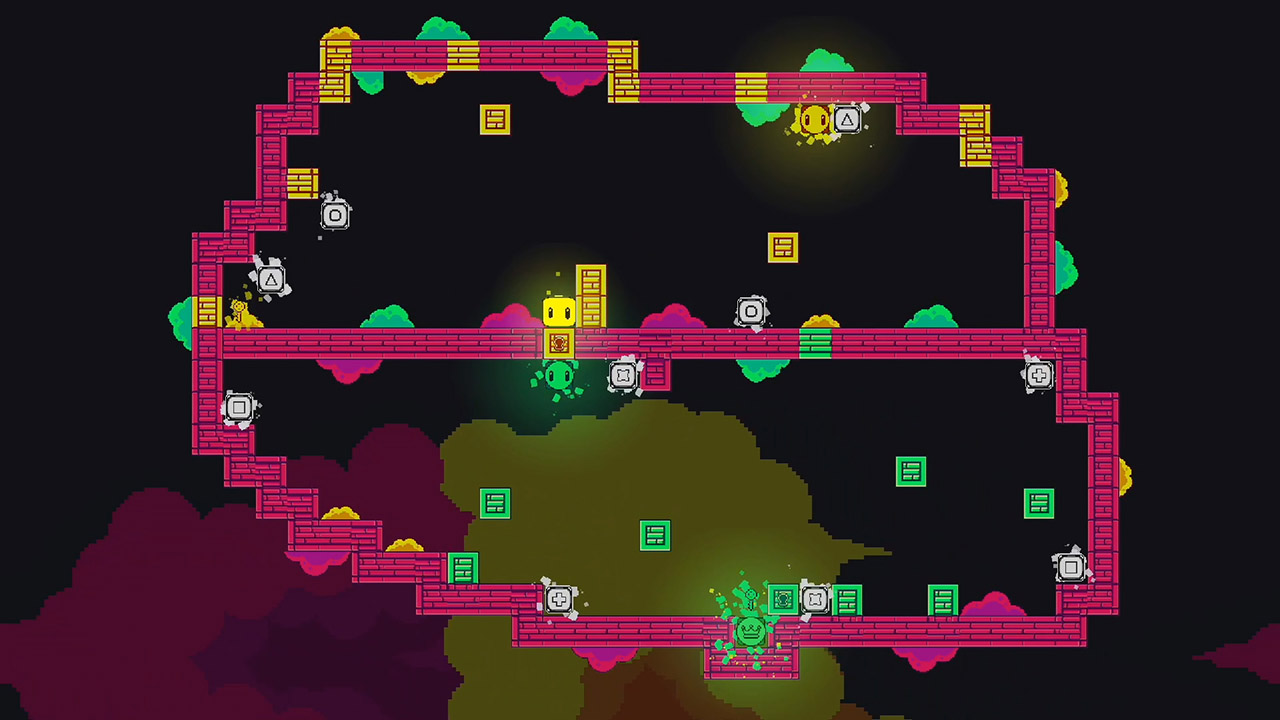 The goal of this game is quite simple. You have to solve sliding puzzles to get from the start of the level to the end point of the level. There are 50 levels in this game for you to go through. I think the best game to compare this game too is Quell.

There is an unique mechanic in this game where the blob and the tile it lands on has to color match. If you don’t have the same color, it’s game over and you have to restart the level. So, you have to find the correct way to the end before you get yourself stuck or make a wrong move.

It’s a great thing that this game has been translated into Spanish and Portuguese, but it shouldn’t matter that much since the UI is so clean, the language of the game shouldn’t matter. The UI is extremely simple to use and get the hang off.

Just like the responsive controls of this game. There is no input delay and the controls are fast and easy to learn. I don’t have any complaints about them since they allow to play my relaxing puzzle game in peace.

This puzzle game is so relaxing with the colorful art-style and the relaxing sound effects and music, it works beautifully. I could nitpick and say that the same music track loops throughout the whole game, but it’s rather relaxing and brings me into the right mood to play this game. This game has that “just one more puzzle” mentality and I’m still amazed that this nice little game only costs 3€ and it has this high quality in it’s animations, visuals, music and sound. It’s a joy to slide in these puzzles and to solve them. 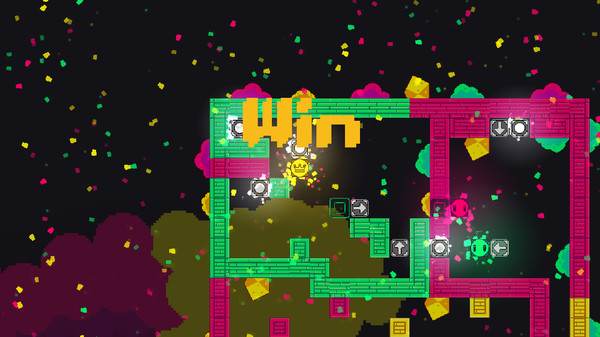 Sadly enough, there are some negatives I could say about this game. Things that could be improved or could be changed to make an even better game to play and to give it some more life.

First of all, I was a bit disappointed to learn that stats are lacking in this game. It would be so great to see if I finished the level with the least amount of moves or with the fastest time. And if you could reset those stats in the options menu, where you even can’t reset your progress by the way, then it would be even better.

Second, some of the teleport icons are too small. When I was playing this game, I had the most comfortable experience in handheld mode with the game at an arm’s length to my face. On my large 51-inch TV, I felt a bit more confused since I had to focus on the symbols on the teleporters for them to make sense which one is which.

Thirdly, and I can’t tell if this is a problem with this game or with these style of games but I found it quite annoying to “loose my character”. Since this game uses teleporters, I sometimes didn’t notice where my character was. Thankfully, you can hear a “tud” when the blob lands on a wall but here is the annoying thing. I fell that Quell did a better job with these teleporters. They are less instant, use some more sound effects and the player bubble has some minor animation when you loose it.

Now, my 4th complaint has to do with the unique color-matching mechanic. While I’m no expert on colorblindness, I can totally understand that this game might be quite tricky to play for people who are colorblind. One of my old class mates wasn’t able to tell yellow and red apart and that’s going to be tricky in this game.

My fifth point is that there is no hint system. While it’s a good thing that this game challenges you in trying to find the right solution, it’s quite annoying when you are stuck on a certain level just because you are unable to figure one or two moves out. I have to be honest, if the hint system in Quell didn’t exist, I would have put the game down in a few levels. I’m afraid that I or some other players will do the exact same for this game.

And my final complaint is a nitpick and something that this game can’t really solve. This game suffers from the “better played in short bursts”-syndrome. While it has that “one more level” vibe for me, I enjoyed the game quite a lot more when I played it in short bursts while going to the bathroom or while waiting for my food to cook.

With that said, it’s time for the wrap-up and the conclusion of this article.

Does it slide right? 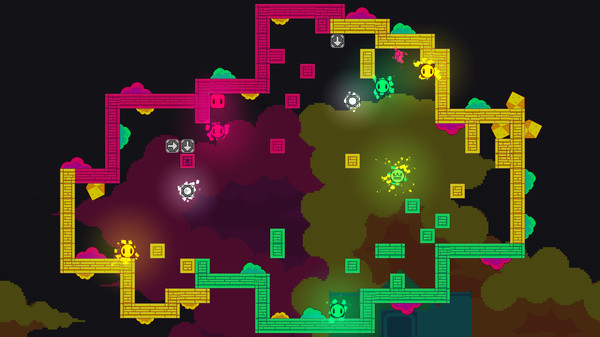 If you compare this game to similar games in the genre like Quell, this game comes close but not close enough. Yet, that doesn’t mean that this game is a bad game or has a lot of flaws.

This game does a lot right and most of the mistakes this game makes have to do with a lack of depth. There are no big flaws in the fundamentals of this game since it explains the game mechanics quite well without holding your hands as if you are a small child.

To be honest, I’m a bit conflicted on the platform that this game released on. This game would feel perfect to become a mobile game but that might have several ads and it would ruin the flow of the game. Yet, the small teleporters playing the big screen is biggest issue that this Switch port has. And of course the lack of something to aid the people who are colorblind of course.

Now, should you give this game a try? If you are looking for an enjoyable small puzzle game, I think you won’t be let down by this game. It’s sad to see that there is a lot of untapped potential in this game but hey, it would be quite rude to ask for even more when the game is so cheap. So, if you enjoy games like Quell, I think this game might be an enjoyable time waster while in the waiting room or in the bathroom.

And that’s everything I wanted to say about this game. I want to thank you so much for reading this article and I hope you enjoyed reading it as much as I enjoyed writing it. I hope to be able to welcome you in another article but until then, have a great rest of your day and take care.