So, my best wishes for the holidays. I have something special to announce. I got myself a wireless controller for my PC. That means that I can now play even more games than before. In addition to that, it’s the 50th article I publish on ButtonSmashers. Yes, 50th! And I’m nearing a big number on my personal blog as well. So, I’m extremely thrilled about that. But this is totally beside the point, I told you guys that I wouldn’t write any new article in 2013. I kinda lied. This is a new article, I guess. While I’m waiting for a download to finish to use my controller on, I played a bit of this game on my 3DS. It’s surprisingly better then I expected it in the first place. That’s why I decided to write an article about it. It would be lovely if you left a comment with your thoughts on this article and or on this game. So, let’s go.

The story, for as far I can understand, is pretty thrilling. The writing is pretty neat. I think it’s brilliantly written.

While I was thrown off at first by the presentation of the cutscenes, when I placed my 3D slider to the max I actually rather enjoyed the art style.

From what I have heard, this game will take place from different points of view. You don’t have to tell that to me twice to know that I’m going to play an excellent story. I have played multiple RPG’s from Konami and I was never let down by the story.

The voice acting. Wow. I mean, it just blows my mind how good it was. And actually still it. In the cutscenes, the voices add so much to the game. Yet, I’m under the impression that the game sometimes has a bit of a slowdown in the cutscenes with the 3D slider on. But that might just be me though. 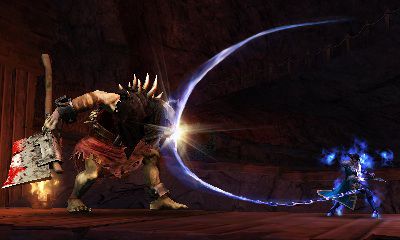 Let me be clear on this, I hate button mashers with a passion. It broke the shoulder buttons of my original DS and I’m still kinda pissed about that. Yet, I’m glad that I learned my lesson and I don’t have to make other devices suffer the same fate.

ButtonSmashers don’t demand skill. In a sense they do, the skill to be able to tap a button very rapidly. While this game sometimes has it quick time events and it’s “mash the attack button” moments, I never really felt that they were a “mashing fest”.

Since when you aren’t careful, you’ll die. And in typical Castlevania style, the hearts don’t give back your health. You have to find fountains. And they aren’t close together. You have to react quickly and try to save your health.

In terms of controls, it’s acceptable. It’s one of the more weaker points in the game. While there is no “tutorial”, the controls are displayed briefly on the screen. So, experienced players won’t be annoyed by them.

While researching for the article, I came across an article on this game which called the combat one of the negatives. Well, here lies a problem. Since this game is a sequel to a 3D game, the combat is, of course, less bloody and such. I give them that, yet when you look at how this game works well in terms of combat as a 2D game, I think it can be excused.

Yet, something I didn’t welcome with open hands is the fact that when you die, you can get respawned in a boss fight with full health. Yeah, when you killed the boss halfway, you will respawn there. 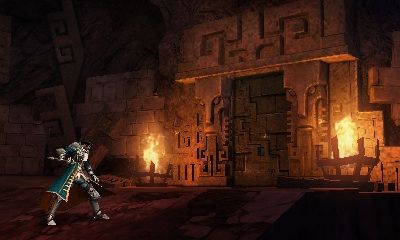 Besides the weird respawning, there is something else that bothers me. The animation isn’t that great in my opinion. And before you write angry comments, let me explain.

The animation on the characters and such is great. Yet, we can’t really enjoy it that well since it’s a bit too zoomed out. It makes the game feel unfinished and that they use this technique to hide that.

While I already said that the controls aren’t the greatest, I have to talk a bit more about them. After you got used to them, they are pretty nice quality. The big issue is the fact that you need to get used to them. I wished that special powers could be done with a touch on the touchscreen.

The game is a good challenge. It isn’t too hard to be frustrating, but it isn’t too easy. This is a pureblood action adventure game. And the adventuring is really present. While you can easily see where to go next, exploring around gives you additional content. And more monsters to fight.

Defeated monsters give you XP. And when you level up, when you have enough XP of course, you unlock new moves. You can quickly check the moves list in your inventory so you have no excuse that you forgot the controls when you didn’t play the game for a while.

Also, Konami didn’t use any excuses in the art style. The game is pretty. Too bad that the game is a bit zoomed out. Otherwise, the art would have more detail in them and shined through a bit more.

I’ll probably go more in depth with my review but I’m liking this game so far. The music is also really nice. I like the soundtrack. Such a shame that no real good quality versions are uploaded to YouTube, so I could share it with you guys. In the sound department, this game is really well put together.

So in conclusion, this game would have been a lot better with some minor tweaks at the controls and a bit more zoomed in. But I think I’m going to leave it here. When I’m reaching that milestone on my personal blog, I’ll write a long special article. Thanks for reading and have a safe Christmas.