Alright, let’s continue this rant. With the picture I used for the introduction at part 1 at the right side, let’s talk about 5 other things that annoy me in games. I started with issues with the control binding, tutorials, invisible walls, grinding and social networks. This second part of the rant has been written before part 1 got released, so I couldn’t add things from the comments. In any case, these things aren’t placed in any order. Since all these things annoy me. And what does it matter that one thing annoys me more then another one? All these issues need to be addressed! To close off this introduction, feel free to leave a comment with your opinion of my picks and or your most annoying things in video games. Thanks in advance. Anyways, let’s go!

#5: Micro-transactions of ANY kind

This stuff happens with DLC as well. I have seen DLC for Assassins Creed 4 to speed up some grinding. But you need to pay a small fee for it. Now these things give people an unfair advantage in some games.

Bravely Default made a big mistake here. There is a special “rescue” type item to save your party that works with micro-transactions.

I can understand DLC. If it’s additional content that you need to pay for. But these things to have additional gems or reduce waiting or grinding time boils my blood.

An amazing parody game is DLC Quest. You will get a kick out of this if you dislike this as well.

Before I move on, I have to mention something. In college, a friend of mine plays a soccer sim on his phone. He got annoyed that people kept beating him because they abused the micro-transaction system. So, this kills the balance in the game. Yeah. I promised him that I mentioned it!

Okay, don’t get me wrong here. I have no (big) issues with noobs. There are people who need to learn how to play the game. You can’t expect yourself to be good at any game you play online. By playing the game over and over again, you get better at it.

In Minecraft, if you use a hacked client to make custom maps, I can understand. Yet, then you have a whole range of people who are just killing the online experience. And instead of flooding my whole top 10 here, I took them all under one entry.

I’m talking about campers, hackers, abusing the chat system… It all grinds my gears. Can’t you just play the game like normal?

Rust, is a perfect example of a game that got ruined by people who used hacks for example fly. I have seen YouTubers calling out at each other, and that’s where I draw my line.

Abusing glitches in a game, sure, why not? I mean, I used the “X-Ray” machines to find caves in Minecraft. I have no shame in admitting that. It doesn’t help me finding the best ores. It just helps me finding caves to find those ores or to make grinders work better.

I think I will leave it here for this entry. But this might be another rant coming where I talk more in depth of this subject.

#3: Flaws in the difficulty 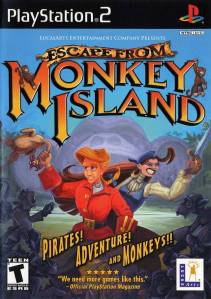 Dear lords, is this something many gamers under us have such a hate for. Games that suddenly throw up the difficulty for the climax of the game.

Escape From Monkey Island on the PS2 made a major flaw here. You have to work out a whole rule set for an advanced rock-paper-scissor game. Now, I don’t have endless patience to figure this all out. So, naturally I looked it up online. And yes, it’s randomized each and every time! Oh lords, isn’t that fun.

I’m planning to write a “game quicky” about custom minecraft maps. But in these maps, they make this fatal flaw as well. When I still made YouTube video’s I had to cancel a series because there were too much spawners.

Now, when any game, mod or custom map throws an overdose of enemies at you that it becomes more of an endurance round, then the game is flawed.

Not to mention that games where the enemies can kill you in a shot or two on the hardest difficulty setting. I mean, it should still be playable. And you shouldn’t be afraid that each monster could kill you with the greatest of ease.  That’s in summary what I mean with this.

#2: Backtracking, most of the times.

Yes, I’m looking at a game like the amazing 9 Hours 9 Persons 9 Doors on the DS for this one. While you don’t have to backtrack while playing the game, there is a major sort of backtracking here. This game has multiple endings.

Here is the issue, when you saw an ending, you have to replay the whole game over again to see the other endings. Auwch! You might have a speed-up button but still.

Thankfully the sequel fixed this. In Virtue’s Last Reward, you have a tree that follows the different paths. So, that way you can easily go back to one point in time and pick the different option.

Now, about backtracking. In some cases, I can understand it. Like you need to go first to one spot to fetch a power-up. In Castlevania(-like) games I have no problem with it at all. Since you can grind your character meanwhile. That’s clever game design!

But when the game design is so bad that you can easily skip something or when it becomes a big focus, then it’s no fun anymore. Take notes from the examples I mentioned above guys! 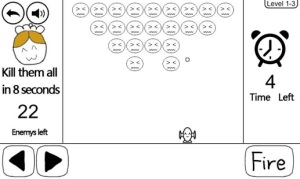 Now, my final thing are two things combined. When a game uses too much cliches in their game, the game gets boring and predictable. I hate it the most when it comes to cliches giving the game a bad game design.

From cheap deaths to jump courses you can’t fail… Yeah, it can ruin a game easily. I found a game on Android that demonstrates this to it’s full extend. From impossible timed challenges to moving platforms to spikes… You name it.

While this game goes of memorization, this game has great game design. And it’s rewarding to find the way the developer wanted you to finish the level. This game uses a ton of cliches in the right way and makes an amazing game with it.

For example, I’m not good in jumping puzzles. I fail them a lot. In the Wind Waker, there is a part in the ship that you need to do. It’s a part where you need to jump from platform to platform. When you fail, you have to restart. Man, did I hate that part.

So, that was my rant on 10 things that annoy me in games. I know that a lot of these articles exist on the net but I tried to talk about things that almost never get mentioned. That got extremely challenging near the end.

All these subjects would have been a complete rant. But I never had enough material to write a full article about it. So, I’m glad that I was able to talk about it in this article.

I hope you enjoyed reading this. I’m really looking forward to your comments. Thanks again and I hope to see you at a next article.