If you’re a gamer yourself, or a gaming widow/orphan/parent, you’ll already be acutely aware of the amount of time and money games can sap from life. But, as recent research has shown, it’s not necessarily all bad.

According to statistics, laparoscopic surgeons who played video games for more than three hours per week made 32 percent fewer errors than those who didn’t. Gaming has also been linked to a reduction in dementia risk, pain relief, overcoming dyslexia and even making us more motivated in real life too. If you’re an anti-gamer, this probably isn’t what you wanted to hear, but the fact remains that love it or hates it, gaming is here to stay.

Things sure have come a long way since the 8-bit entertainment of the ’80s, and today video games are a multibillion-dollar industry. In fact, the largest gaming company today is tipped to become the world’s biggest company by 2025. That’s right, even bigger than Apple!

Here we’ll reveal some of the most astounding statistics about gaming in the 21st century, from who’s playing to how old they are and even how much they pay (or earn) through their gaming lifestyle. Shake off your preconceptions about gaming and let’s see what the truth is about this much-loved pastime worldwide.

Check this Infographic made by Filmora team and share your opinions with us!

It’s time to talk about some more amazing tracks from games. Normally, I have a rule that I have to use the original music from the game. But in this article, I will also talk about some tracks that are related to games but aren’t in any game. So far example, a song with various quotes from a game. In any case, the rule that one track per game still applies. So, I hope you enjoy these tracks. And as per usual, feel free to write a comment with your opinion on the tracks, games and/or your opinion on the content of this article!

So, around the one-minute mark of this hardstyle track… You are greeted with a quote from Elizabeth from Bioshock Infinite. When I heard that quote, the memories of this game came flooding back to me.

When you like hardstyle or music with a lot of bass; you owe it yourself to check this track out! 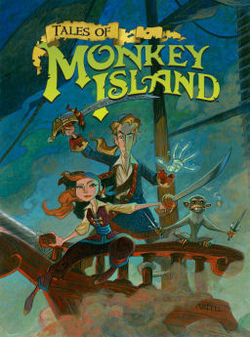 Review of Escape from Monkey Island

SkyMarshall Arts is a DJ that makes a lot of different game-inspired music. He made songs about various games like Portal, DooM, Resident Evil and Monkey Island.

This song appeared on his “Nintendo Generation” album. On his own website, he explains the history of the album.

The song is really catchy and is quite fun to listen too. As a Monkey Island fan, it’s one of my favorite songs.

It’s a nice compilation of some great quotes from the games and the actual theme song.  Honestly, I have the impression that this could be used right at the end of a game in the series; when the credits are rolling.

So, I wanted to talk about Undertale for so long… So, here I go. The reason I’m not writing a review or a first impression for this game is because this game has been covered well enough.

Also, I haven’t finished the game yet. I know, shocking. But hey, it’s on my “to finish” list.

Undertale doesn’t need an introduction. It’s a very well known game. Maybe in the future, I’ll write an article about it. But for now, we have this amazing track from the game to listen to. Seriously, this track is very lively and one of my favorites in the game.

(Original) Rise Of The Tomb Raider – The Observatory 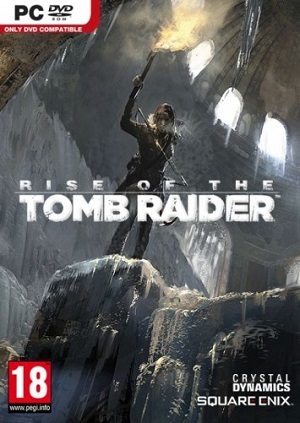 So, recently I have finished this game called “Rise Of The Tomb Raider” on PC. I wanted to finish this game sooner but there were just so many good games coming out in early 2016.

This game was an amazing sequel to the original Tomb Raider reboot from 2013. I’m very happy that this game finally came to PC since I had a blast playing this game.

But seriously, I played this game with some amazing headphones and that made the music even stronger. The atmosphere that this track brings while exploring tombs and various other locations is just amazing.

During this track, I stopped exploring and just moved the camera slowly around Lara. The visuals and the world design is pretty well done in this game and is a sight to behold. Thank you, Crystal Dynamics and Square Enix for this amazing adventure and the amazing music that came with it!

Okay, time for a disclaimer. I haven’t played DotA, nor am I playing to play DotA. But why do I bring up this song?

Well, because this track from Basshunter introduced me to electronic music which is has been my favorite genre since.

It’s time to wrap up this article. Something became quite clear to me. When I want to talk about a game without writing a separate article about it, I write about it in this series.

In any case, I hope you enjoyed reading this article as much as I enjoyed writing this one. I’m quite curious to see which tracks you guys & girls like.

Have a great rest of your day and I hope to be able to welcome you in another article. But until then, game on!

What I’m about to write today will differ from the content I usually write. The reason for this is that I was asked recently what my opinions were on eSports. Hence this article.

This article is inspired by the following image. Link

I usually write about things I like or dislike, which is why it has been so hard for me to write this article. My stance towards eSports is quite… indifferent. That being said, eSports are gaining more and more ground.

It’s well documented that the gaming industry brings in more revenue than the music industry, or even the film industry. Gaming extends beyond your classic triple-A titles and even indie games. It also entails mobile games and social games, like those found on Facebook and other social media.

As such, games reach a wide audience. Somewhat surprising, perhaps, is that in recent years watching people play video games has become so popular. People love watching streams on Twitch or “Let’s Plays” on YouTube, and those numbers grow each passing year.

Maybe, keeping that in mind, it’s no wonder how the world of eSports is booming. We see more and more different kinds of games used in official eSports tournaments, but it is striking that the most popular games are MOBA’s and strategy games.

League of Legends and DOTA 2 are incredibly popular, as is Smite, though perhaps to a lesser extent. Star Craft 1 & 2 are still very popular, especially in Asian markets. Other genres are also represented, but to a far lesser extent than the ones mentioned before.

We still see first person shooters and fighting games being used, but not
as much. It might be because those rely mostly on skill, whereas strategy games and MOBA’s require a blend of skill and logical thinking.

Last year, the DOTA 2 championships had a prize pool of eleven million dollars. These events, which are often sponsored by big-name brands, deal with huge amounts of money. Viewer-ship for eSports is even surpassing the “actual sports” championships. More than double the amount of people that watched the MLB world series, watched the League of Legends World Championship. Even the NBA finals don’t come close to those numbers.

Earlier this year, viewers of ESPN 2 complained about eSports being broadcast. It’s apparent that these kinds of events are gaining a lot of ground, so much so that they’re slowly, but surely becoming part of everyday society. As with all change, opposition is to be expected, but I think it’s a good thing that gaming is becoming part of mainstream culture.

I think gaming as an art form, and a form of entertainment, still has a long way to go. But we’re getting there. I firmly believe one day it’ll be as prevalent and universally accepted as film is today.

Most people watching and playing games today are young people. Approximately 80% of people involved in gaming are male and under 35, but that is slowly changing. People who started gaming in the ’80’s are getting older and having children of their own, who in turn might be interested in video games.

And perhaps the ubiquity of games available on mobile and social platforms is a new gateway for people who might not ever have touched a video game otherwise. So while I personally don’t have much interest in eSports, I cannot deny its influence in recent years. As I see it, this will only continue to grow.