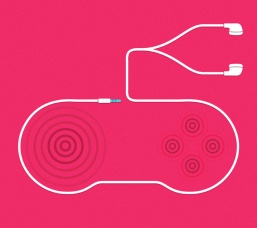 There are two reasons why I wanted to talk about my favorite music in video games today. One, I didn’t have a lot of time to play a new game to review on my blog. Two, it has been too long since I wrote an entry in this series. So, that’s why I’m doing one of these again. Normally, the rules are that I’m only allowed to talk about original tracks from the games and only one track per franchise. This time, it’s different. One track per franchise remains, but now, it’s a remixed version of the track. So, I hope you are ready for some amazing music since here we go!

In my Creative Christmas series, I have mentioned the Essence of Lime & Lime of Seasons albums. I seriously can’t get enough of these tracks.

When I found this album and heard the first track and heard that they added various sound effects from the games, I was sold right away.

For those who don’t know, this whole album is created by Hyrule Lemon and a team of various artists to remix the soundtrack of the amazing Oracle of Ages and Oracle of Seasons. Seriously, this music is so well made! I hope the remix other soundtracks as well since the talent behind this album is just amazing. They made an album using the music I’m so nostalgic about. Thank you for these guys and girls! Thanks. 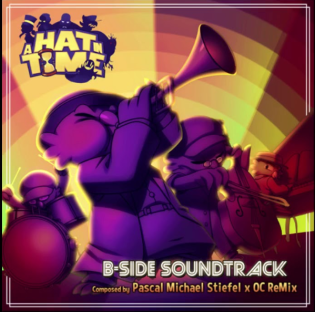 This album just came out a few days ago. And it’s amazing. OC Remix is an amazing website where various artists come together to show off their remixes of video game music.

Indie dev team Gears for Breakfast teamed up with them to create a new album called “B-Side Soundtrack”. And, it’s amazing.

Now, I recently gave A Hat In Time a perfect score. I even said it was my favorite game of 2017. Now, when this track pulled my emotional string right around the 1:20 mark, it just blew me away and I bought this soundtrack on Steam. This soundtrack is only 5€ for 85 amazing music tracks. Again, only FIVE euro! That’s a steal! Seriously, if you enjoy this one, go and buy it on Steam.

Now, I have never really played Megaman 2 so I don’t know the soundtrack that much. I still do recognize Megaman tunes here and there.

Why am I telling you this? Well, when I discovered Dunderpatrullen, I was looking around for more music that they created and I found this track they preformed live on a DreamHack event.

If you never heard about Dunderpatrullen and you enjoy chiptune, electronic music; please fix that. Give their music a try. Let me throw in as a bonus this video game medley to enjoy. While I know I mentioned this in one of my Creative Christmas articles, I still wanted to give the spotlight to these artists since I think they are amazing and I really hope they create some new music in the near future! 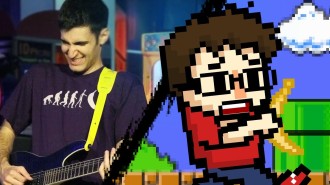 Something I have a real soft spot for is medleys and nostalgia. This is one that combines both.

I think that a lot of my fellow bloggers will enjoy this track, since you have Mega Man, Pokémon, Monkey Island, Zelda amongst various others.

The visuals in this video made my nostalgia go in overload. It’s very well made and this was actually the track that made me subscribe to their stuff. I simply can’t wait to see more music created by these guys. Also, if you are interested, they also created a medley with various internet memes from the past couple of years. So, give that a listen if you are interested.

I have no clue why I bought this game. I hate jump scares in horror games. Yet, I enjoy playing this game. It’s very well put together and it’s pretty challenging.

So, talking about the game; I still have to play a bit more before I can actually review the game. Maybe this Halloween if no other game distracts me? If you would ask me, really give Spooky’s Jump Scare Mansion a chance, it’s an enjoyable game and I can’t recommend it enough to horror fans who want a “light” horror experience.

So, that’s everything for today. If you guys & girls ever find an amazing remixed track of a game you enjoyed playing, don’t hesitate to leave it in the comments.

I’m really curious to hear your opinion on the tracks I chose to feature in this article. Do you hear about them or are these the first time you heard about them? In any case, I hope you enjoyed listing to them and maybe discovered some new artists.

Thank you for reading this article and I hope you enjoyed reading it as much as I enjoyed writing it. I hope to be able to welcome you in another article but until then, have a great rest of your day and take care!