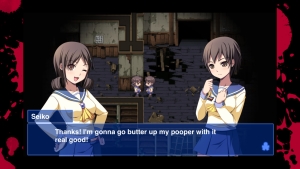 Lately, I see various games appearing on Steam. Visual novels. That interests me quite a lot. But the let down is huge when I find out that it are kinetic novels. What is a visual novel actually and why is it such an underrated game genre? I want to talk about my favorite game genre in this article and hopefully make some of you guys interested in the visual novel genre. As usual, feel free to write a comment about the visual novel games and or the content of this article.

What makes a game a visual novel? 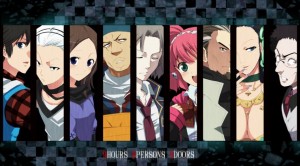 A visual novel has interaction. Sometimes “repetitive actions” and sometimes not. Virtue’s Last Reward for example always has the same gameplay. Solve the puzzle to find the solution to open the safe. Corpse Party on the other hand isn’t repetitive. You have to try and find the other survivors.

A visual novel could be easily confused with a very heavy story driven RPG. Those two genres are two similar, yet different genres. Since visual novels play more on the imagination of the player instead of the skills. If you have ever played an Ace Attorney game, you might have noticed that there isn’t much animation outside the characters. It’s the writing that pulls people in. 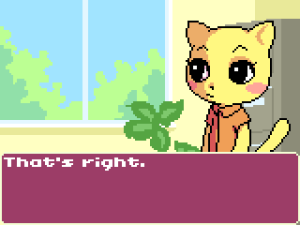 What do I like so much about visual novels? I can’t really explain. I think the reason is that I feel more as the main character of a story. I feel that my fate is already planned out and that I have to look for the right path.

Now visual novels nearly have always one solution. Even when a game has different endings, you will most likely come across the final true ending.

Games nowadays are getting “lazy”. The graphics try to paint the most beautiful picture and the sound and music tries to blow you off your chair. But visual novels, that isn’t the goal. You don’t get fancy graphics, you mostly get static images and text boxes.

Somehow, visual novels have the power to make you come invested in a story more then other games have. I rarely felt touched by an amazing game when there wasn’t a deep story. When I’m playing a visual novel, it’s very hard for other games to distract me out of that trance. Visual novels are that good in my opinion.

Visual novels try to pull the gamers in with clever writing. They don’t try to make it a massive big show, they create an interesting plot line. Think about it this way, how many times did you start to loose interest in the side quests or the side goals and started to go for the main goals in a game?

Maybe it’s just my interest. My favorite game genre is adventures and my favorite subgenre is visual novel. Since I’m interested in interesting stories and such. I can’t honestly really answer why, but I think that visual novels deserve more credit then they get. It has it’s issues of course, like for some people there is too much text, but hey, name me one genre that doesn’t have issues.

Anyways, to close off this article, let’s take a short look at 2 great visual novels I played in my life. 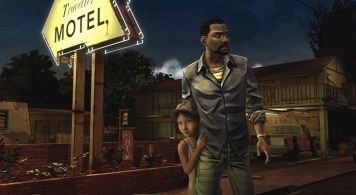 Even when I’m not a fan of the series, you got to give it to this game. TellTale Games makes excellent modern visual novels. While the typical text boxes aren’t there, the main focus is the story and how your choices influences the outcome. 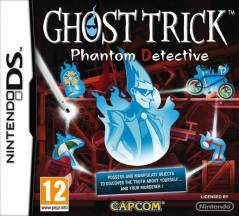 In this game you play as a death cop and you have to solve your own murder. The catch is that you can rewind time to save somebodies life. With this power you try to figure out who wanted you dead.

This game is tricky to place. It’s a visual novel alright but the gameplay… is it a puzzle game? Action game? Adventure game? I don’t really know.

I wish CapCom announced a sequel of this game since it’s a good game. Not only the story but the gameplay was rather interesting. I liked the idea very much and I wish the game was a bit longer.

Most visual novels are rather lengthy. I haven’t seen a visual novel you would be able to finish in a week. Actually, I have seen one as the exception on the rule. Time Hollow.

The most irritating thing is getting stuck in these games. Since you don’t have to grind or anything of that nature, getting stuck can get even the most veteran visual novel player to put down the game.

It’s quite clear that I’m not done talking about visual novels. I have some other things I want to mention but that will be for another article. I want to compare the visual novel genre with other genres. Or it might be an idea for a podcast.

Anyways, I hope you enjoyed reading this article. Thank you for reading and hopefully I can welcome you at another article. Take care.