LaterLevels has a collab this Christmas, but you should already know that since this is the 5th article in the series. I still don’t have a theme for these and I hope I don’t get on the naughty list for this. I mean, I’m trying my best to provide you with interesting entertainment and stories and feelings from my personal life. But, I still don’t have someone special to share it with. For those who didn’t get my subtle clue, I mean a girlfriend. So, let me think about a theme for these articles and meanwhile, you can enjoy my answer to the question of today.

The party is still going strong and you find yourself conveniently positioned under the mistletoe. Which video game character would you call over for a cheeky kiss?

Oh dear lord, there is a lost of superstition when you kiss somebody under a mistletoe. I mean, I’m not that superstitious, but just in case the girl is that I kiss, is superstitious; I do have to make this one count. So, who would be interested in a 24-year-old Belgian guy who works in education, writes about his life in video games, collects retro and modern games… Wow-ah there Jonez, you aren’t writing a profile for a dating site here.

I mean, maybe a simple British woman would be interested. A classy but adventurous lady. Someone like Lady Croft. She was my first crush when it comes to video games. (Just like many other males I think).

Actually, I don’t think that’s a good idea. I’m not that adventurous in real life and I think I’ll just get in her way. So, Lara Croft, I’m sorry. I have to pass on you.

Oh, I have an idea! Maybe Elizabeth from Bioshock Infinite! A lady I have a who lot of respect for. I mean, just look at her, she is a smart and caring lady that I can get behind.

When things get heated, you can be sure she can take care of herself. She got into multiple heated firefights with Booker after all.

Alas, I don’t think this would be a very wise choice. Without spoiling anything, just play Bioshock Infinite or look at it’s ending to understand what I mean. There is something about her that would make it pretty hard for her to have a boyfriend you know.

Maybe I’m thinking about this too much. Maybe, I’m taking this question a bit too serious. I mean, a cheeky innocent kiss. That isn’t a confession of love right? It’s not that I’m saying that I like her, right? Besides, I might get myself in an anime style war called that “Waifu” war here if I take things too seriously. Gosh darn, I’m raising the stakes even higher for myself now. I have to take something that offends almost nobody to avoid the “Waifu war” in the comments.

That would mean that somebody like Sakuya from Stella Glow would be a bad pick too. Since, if I would pick here, fans from the game will maybe argue with me that Popo or Risette is a better girl.

In addition to that, if I had to choose between her songs and Popo’s; dear lord, I would have a big problem on my hands.

Oh yeah, maybe some context for the people who haven’t played the game yet. In Stella Glow’s world, nobody can sing apart from witches who can use magic by singing. Yeah.

Also, I will have an even more hard time with Sakuya since one of my absolute favorite characters in the game in Nonoka, Sakuya’s servant. So, I think I won’t ask her.

So, I still don’t have an answer to this question. Besides, I think I should answer honestly since this is my blog after all. I pride myself on giving my opinion to the world about the games I recently played. I think I might be superstitious after all. I think about this too much.

… Princess Zelda? No! Link would be so mad and besides that, Zelda’s fate in the legends is always so hard on the emotions, I think I will be able to handle that.

… Princess Peach, well, I think Mario will stomp me to a pulp. So, no. I think I’ll pass there too. 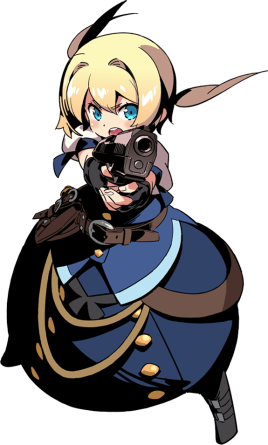 Maybe Frederica from Etrain Odyssey Untold? That would be a lovely idea too, but then again; she is urhm… Well; just play the game and you will understand why. On second thought, I think I wouldn’t mind a kiss from her.

I can relate somewhat to her. When I meet people for the first time, I’m a bit distant too. But, I open up more and more when I get to know the other people and to trust them.

I also have difficulties to express my feelings to others. I’m also shy as well. So, I think I might be able to match with Frederica.

I wouldn’t mind a kiss from her under that mistletoe from her. At those moments, I wish that the superstitions were true, you know? Since she deserves all the good luck she can get. Or did I look too deep into this? Who knows, who can say?

Maybe I was playing a role all along in this article you know. So, while I’m standing underneath this mistletoe, Frederica you want a smooch– I mean a smoothy? Phew, nice save there.

And this is a perfect time to end this article. Thank you so much for reading and I hope you enjoyed reading this as much as I enjoyed writing this. I hope to be able to welcome you in another article but until then, have a great rest of your day and take care.