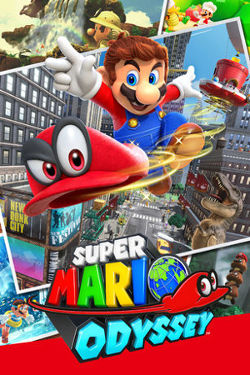 I wanted to write a review of this game for quite a while. I have finished this game over a month ago and I haven’t written a first impression or a review about this game. I want to fix that today. But, instead of writing a review I wanted to do something special. While the game got praise from other bloggers left and right, I want to point out some of the flaws and issues I have with the game. Disclaimer, I don’t think this is a bad game but I want to explain my reasoning for why I wouldn’t give this game a 100/100. So, let’s get critical and look at this game again. As per usual, feel free to leave a comment in the comment section down below with your thoughts on the game and/or the game. 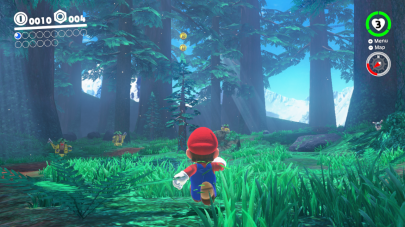 So, what do I actually think about this game? While it’s a very unique and enjoyable game, I found the game quite repetitive.

The music and sound design were amazing but I sometimes had trouble with the controls and more advanced moves.

The visuals are amazing and I loved running around in all the different kingdoms but I found the story lacking and I expected a lot more from the hype and praise it got.

If I would have to give my score for this game it would be an 80/100. Since in my eyes, the game could have done so much more and it left me disappointed in some areas of the game.

This game has a lot to love. Like I said, the visuals, the music, the concept… they are all amazing. The attention to detail is amazing. Cappy is one of the most helpful companions I have seen in a while. Yet, I felt like I enjoyed this game less then the other 3D platformers I played like A Hat In Time. So yeah, personally I felt that there was something lacking. Something that kept me from fully enjoying the game and that thought exercise resulted in this article.

Breath of the Wild did it better 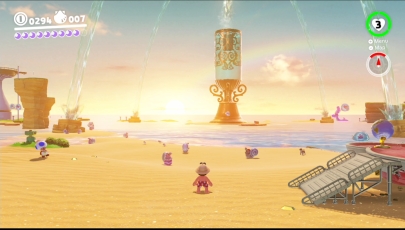 The story has one big issue and that’s the open world and the overkill of moons you can collect. Now, not too long before the release of this game, Nintendo released The Legend Of Zelda – Breath of the Wild. In this game, you were also able to run around freely and gather the things you need to finish the game.

Now, there is a big difference in how the story is handled in the Zelda games and in the Mario games. The big difference is in how the ending is handled. And if you don’t want either of these games spoiled, just start reading when the text is black again. If you don’t mind the spoilers, just highlight the next part in order for you to read it.

So, in each kingdom in Super Mario Odyssey, there is a story quest you can complete to easily get enough moons to advance to the next kingdom. But, this is an open-world game so you can skip this story quest by collecting other moons. Fair enough. You can do the same thing in the Zelda game. You don’t have to defeat the divine beasts in order for you to go to the final boss.

Now, here is the difference between the two games. If you don’t defeat the Divine Beasts in Breath of the Wild, you will have a harder time before you go and do the battle with Ganon. Since you will need to defeat them before you can fight with Ganon. The more Divine Beasts you beat, the easier you make it for yourself during the final battle. Since they bring down Ganon’s health to half if you have beaten all 4 Divine Beasts. This is not only good story writing, but it’s also an amazing reward for the player. You helped free the souls from their prisons and they came back one last time to help the hero in his quest to defeat evil.

In Super Mario Odyssey, this doesn’t matter at all. I haven’t finished the story quest in three kingdoms and it doesn’t have any difference in the ending scenes or on the final battle at all. So, why should I bother saving or helping people in a certain kingdom? When I entered a kingdom, I felt like I was dropped in a zone and if I found enough goodies I was allowed to go to the next zone.

Another thing Breath of the Wild did better then Super Mario Odyssey are the Korok Seeds vs Moons. Now, you get both items as rewards for solving puzzles or doing small challenges in the world.  At some moments I felt like Super Mario Odyssey was the whole Korok Seed quest with a Mario skin. Now, I felt rewarded when I found a Korok Seed. Even when I had beaten the game. It gave me another chance to upgrade my bag so I was able to carry more equipment in the game and experiment more.

Now, besides needing them to continue in the main story, there are no additional rewards for collecting moons. Besides unlocking one more world/level, and maybe two small completion bonus things at the end of the game, I didn’t feel any incentive to collect these moons. I felt like I was on a fetch quest for them just because it’s a video game.

The final thing that Breath of the Wild did better is the towers and map mechanics. Yes, the towers. I loved climbing towers in Breath of the Wild and looking over the whole zone trying to find interesting areas to visit. I felt a lack of that in Super Mario Odyssey. Also, the mechanic where you could pin beams of light on the map as markers for you to visit later… man, that would have been great in Super Mario Odyssey as well.

And it would fit the visual theming of the game extremely well. The map of each kingdom is a travel brochure of the kingdom. And let’s be honest, how many times you wrote on the map of a travel brochure to mark certain areas you still want to visit.

And a final and possibly a minor thing is that Breath of the Wild felt more interconnected. The best way to explain here is, ask yourself this. You can walk over from region to region in Breath of the Wild easily. You need to fly over from kingdom to kingdom in Super Mario Odyssey. And while it’s on a planet, you are able to fall into a void if you reach the edge of a kingdom.

A Hat In Time did it better 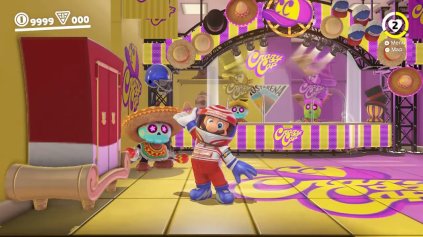 Now, I’m certain that people will disagree with me on this but I felt that the controls of A Hat In Time felt better than Super Mario Odyssey.

It’s no secret that I’m not the best in platforming games. So, the running up walls move in A Hat In Time was a godsend to me.

But, the issue is that nowadays, I miss various jumps because I try to rely on that mechanic. It gets better when I kept playing Super Mario Odyssey but I missed that mechanic. Not only that, I got so much used to the dive move in A Hat In Time. I was able to pull off more advanced moves than I ever could in a platforming game. With the 2nd dive/jump, you were able to stop at any time you want. So, if you noticed that you overshoot the jump, you can save yourself easily.

Or it might have to do with me being more used to the XBOX360 controller I play A Hat In Time with compared to the first game I had beaten on Nintendo Switch. Maybe when I’m more used to the Switch controller, I might be able to do these more difficult moves.

The motion controls were also a big issue for me. I played a lot of this game on the go. On the train from and to work. And I think that I’m unable to get a few moons easily without those motion control moves. But, that’s mentioned in almost every review I have seen. And as pointed out by some, why weren’t they able to remap those moves to certain buttons that went barely used in the game like ZL/ZR?

Besides that, I think I have said my main issues with the game. I could go on and extremely nitpick, but that would make this article boring to read. Like I felt each world should have its own Rabbit mini-boss and not repeat them over several worlds with barely any differences…

In the end and I have mentioned this multiple times, I think that this game is wonderful, one of the best games Nintendo has put out in 2017. While it isn’t their best game from 2017, it’s in the top 5. While I feel that this game deserves a lot of praise, it could have done things a lot better and I hope I was able to point that out in this article.

Thank you for reading this article and I hope you enjoyed reading it as much as I enjoyed writing it. I hope to be able to welcome you in the next article but until then, take care and have a great rest of your day.