Hello there, dear reader! I hope you are having a great day today. If that isn’t the case, allow me to give you something to read to escape the reality for a bit. So, today I’m going to talk about something unique. Most of you know that I’m studying to become a computer scientist. I specialize in networking and computer techy. Yet, I’m always interested in the fields of computer science that I lack the skills for. One of these fields is robotics. By the way, one of my blogger friends KillerRobotics writes an interesting blog about robotics. So, go and check him out, okay? As usual, feel free to leave a comment with your opinion on the article and/or the robot in the comment section down below!

Last week, I received an email from the people over at Reach Robotics. They are developing one of the first gaming robots called Mekamon. While I’m personally not too well versed into robotics, the videos they have put out, look rather interesting.

Here is something quite interesting that the developers behind this robot told me:

MekaMon is the world’s first gaming robot. A fully modular, augmented reality enabled, connected battle-bot. And now’s your chance to see it in action. We’ve been busy creating a short series of videos to let users know that their MekaMon isn’t just for the living room floor. From MekaMon’s day out in the park, to terrain trials, we’ve brought viewers into the world of MekaMon’s amazing movement.
MekaMon features three degrees of freedom per leg, which offers motion unprecedented in the world of consumer robotics. Take that motion into our Mek v. Mek battles or AR single player missions and you’ve got a serious gaming platform, straight from the control of your smartphone. 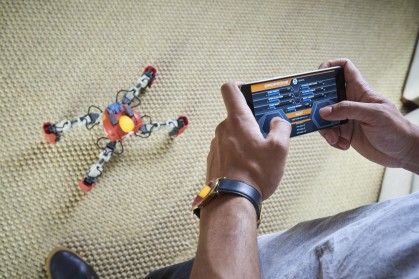 I remember that there were robot-buddies in the past. But those robots haven’t been popular here, where I live. What interests me the most is the fact that this robot is modular.

Most of the robotic toys I saw in the stores or at my friends their houses were mostly voice controlled or had just a few games or things you could do with them. MekaMon is modular so you can add additional modules to create a new experience.

I’m still a bit bummed out that I wasn’t allowed to mess around with the robots that my friends had. Since I had a “curse” on me, I was able to “break” the robot and make it do funny things. In retrospect, I was able to find bugs in the programming and exploit them and make the operating system crash.

I had the biggest issue with voice recognition robots. When I was younger, most of those type of robots were unable to recognize my voice.  Maybe I tried to pronounce it in a wrong way or maybe I didn’t use it in the right way.

You know, I’m quite happy to see things like this happening. One of the biggest reasons I’m quite a big fan of Nintendo is because they try to promote their consoles with different gimmicks. The Wii has motion controls, the 3DS has glassless 3D, the DS has two screens and so on and so forth. 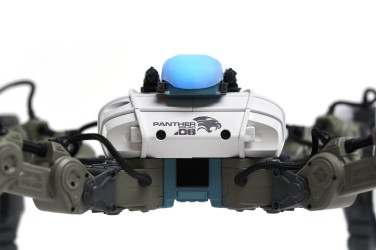 As a game collector, I’m quite interested in various ways to experience a game. This is a unique way of playing games I haven’t seen a lot. A robot that you can take outside to play games with in real life, it’s Pokémon Go all over again.

I really hope something like this picks up steam. It might do something of the stereotype some people have about the gaming community. That we are all so-called shut-in people that do nothing besides looking at their screens all day. Maybe I’m being a bit too harsh on our community but sadly enough, I know people who really think that way about us.

Yet, ranting about that is a totally different article. I’m quite interested in seeing what kind of games you will be able to play using the MekaMon. The only thing I’m somewhat worried about is the fact that it’s controlled by your smartphone.

Now, hear me out about this. If they don’t pull this off right, hacked clients might pop up on the internet and may skew games with all those annoying consequences as an unwanted bonus.

In any case, I’m going to follow the development of this robot. Since I would love to see the games you can play with it and see some demo videos of people actually playing a game with them.

If this article made you interested in the MekaMon, go to their website I linked at the top of this article. It’s a quite nice read and you don’t need to be very tech savvy to understand everything. I can’t wait to see where this is going and I wish the developers the best. And if this robot is released, I might even buy it, if my budget allows it that is.

So, that’s everything I wanted to talk about for now. I hope you enjoyed reading this article as much as I enjoyed writing it. I hope to be able to welcome you in another article but until then, have a great rest of your day and take care!