Mr. Pumpkin has lost his memory! Help him regain it by embarking on a grand adventure. Can you solve all of the logic puzzles that will reveal all of his enemies?

Immerse yourself in a game of logic and puzzle-solving that will help Mr. Pumpkin regain his memory. Make your way through an adventure-filled kingdom of plants – 50 wonderful scenes that will take you through this fantastical world on our quest to help Mr. Pumpkin!

Embark on an adventure in logic with Mr. Pumpkin! Help him regain his memory by traveling through the gorgeous, fantastical plant kingdom. Over 50 varied scenes await you, in which you’ll find pieces of the puzzle that will restore poor Mr. Pumpkin back to health. Escape evil forces and challenge your mind! 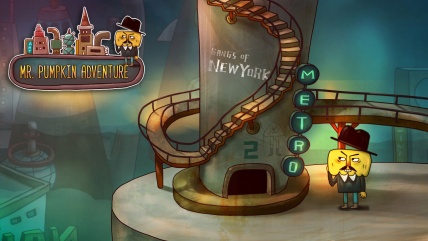 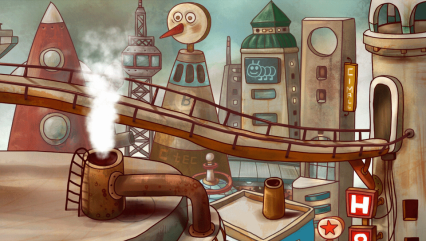 – One of the most interesting logic games in a while…

– Fantastical world of plants and flowers 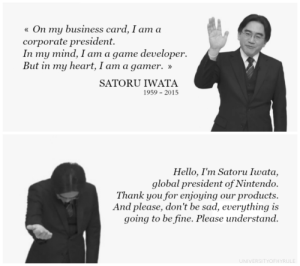 This morning when I was waiting on the train to get to work, I read the news on Twitter. At first, I couldn’t believe it. I was truly hoping it was a hoax. But it isn’t sadly enough. One of the biggest legends died past Saturday. Satoru Iwata, age 55, died because of the consequences of cancer.

I was actually planning to write about two things that people have been requesting of me for so long. But today isn’t the day that I will write about that. I will delay it until later this week. I need some time off, to process this.

Iwata was one of my childhood icons. He still is actually. His involvement into the gaming industry was just mind blowing. I played so many of the games he was involved in. Also, seeing what he did on various E3 presentations, it’s a guy I want to have as a boss. (Note: my current boss is an amazing guy as well, truth to be told.)

I could write an endless long article to pay my respect to the family, friends and Nintendo… But there have been so many artworks and articles already, I think I will link a few that really touched me. So, the artwork I used isn’t mine. I linked it to the original creator. If I didn’t and you know (or are) the original creator… Feel free to leave a comment so I can fix it.

Thanks Iwata, for shaping this industry into the joy it is now. You will be missed. Thankfully, you will never be forgotten, since your work will live on! 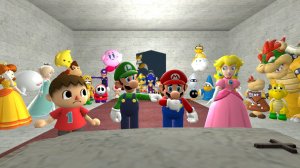 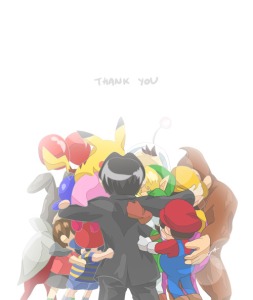 Just a quick heads up that NekoJonez and me know there hasn’t been an update in a while. Things have been busy for both of us. We’ve been talking about a few things regarding the blog too, so keep an eye out for that in the future. No promises, but I’m going to try to post something by the weekend.

EDIT: Some content! I wrote you guys a little something for the weekend: a little review of a game I love!