Today, I want to take you on a journey. The journey that the game “Across The Moment” tell you. Currently, the first episode is out. There will be 4 episodes in total. The three other episodes will come as an update in the future. To write this review, I got a review code from the developer. The developer also gave me full control in what I could write in my article. So, this is completely my opinion. In any case, enough introduction. Time to get reviewing this moment. Well, “Across The Moment”. As usual, feel free to leave a comment with your opinion on the game and/or the content of this article.

Note: While I have almost finished the first episode, I’m not going to make this a review since not all episodes are out.

Artstyle tells it all 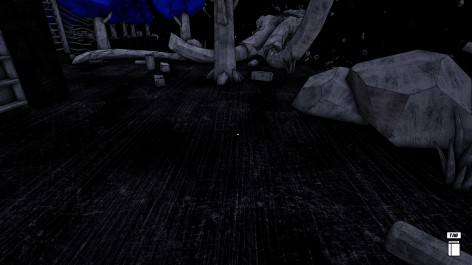 When you look at the promotional screenshots of this game, one thing is quite clear. This game doesn’t look like your run of the mill adventure game. And it is, this game is trying to tell a grim story about somebody falling into a depression and doing something. I won’t talk about it since it would spoil the game a bit in my opinion. But believe me, this game talks about some heavy subject matter. It also has some social commentary that really made me think about how our lives currently work.

The story gets more power from the voice acting. While the voice acting didn’t click with me at first, after the story started to get more and more clear, I started to understand and appreciate the voice acting and the direction it got.  The only thing I shall say is, imagine it’s somebody telling his life story about he fell into a depression and how defeated he felt. It really comes through in the pacing and voice acting.

Apart from the dialogue, the story is also told by the journal. Whenever something happens, it gets written down in the journal. From story bits to observations of the world you are in. I really like how this game is written. It clearly shows a passion for the story that the creator wants to tell with his game.

Everything is documented from the game, so when you take a break from the game for a while or when you need a refresher on what happened in a certain place or world, you can look it up in the journal. It’s an extremely handy tool.

Thanks to the dark artstyle with bright colors, the story gets even more meaning. The only issue I have with the art style is that sometimes the game is a bit too dark and you barely see where a wall is.

Visually, the game succeeds in setting the required atmosphere. I really liked the world building and the story is told through symbolism. The animations are great too. The use of color really helps to guide the player to where to go next. If I may change one thing in terms of visuals is that more items you can pick up like the screwdriver or the belt are in a different color, even a different shade of grey. Since it’s not always clear if there is an important item you missed or not.

Let’s Go On A Journey

The first episode takes about 1 and half hours to complete if you really know what you are doing. If the other chapters are this long, I think you have a 12-hour game on your hands. But, let’s keep our focus on the current released episode.

This game is a 3D adventure game. It’s more of a walking simulator with a lot of puzzles and exploration. So, basically, it isn’t a walking simulator at all. In this game, you have to solve puzzles to be able to open doors and progress to the next area. Here is where some issues are with the game. My biggest complaint is the inventory. In my honest opinion, the inventory system is decent, apart from one thing. The system that is used to combine items is just annoying to use. Perhaps it’s a limitation of the Unreal 4 Engine being used, but it’s annoying to use. You must click on the ying-yang symbol, drag one item in the left box and the other item in the right box and click on the misaligned “yes” to try and combine them. You don’t even get any feedback if you can’t combine the items. It makes controlling the game annoying.

Which is a shame, since the controls for this game work fine for the most part. I wish that the controls were rebindable. Since, just like various other indie titles, they don’t know that “AZERTY” exists and now I must put my fingers weird again.

Just for you QWERTY-users, a reference. To move forward, I must use the Z key. And to move backward, the Q-key. The S & D-keys do their job fine. Anyways, let’s get back to reviewing this game.

There are two other things I want to point out about the controls. One is there is something odd you can do while you open your inventory. You can still duck, stand up and jump. Also, when you hold any of the movement keys, you hear the walking sound effect.

The second thing I want to talk about in terms on the controls is the jump. Besides having a great jump arc, the jumping is stiff in my opinion. I noticed that when you jump first and then press the move forward key, you don’t reach as far as you jump after you have moved forward a bit.

The jumping mechanic needs some polishing up. I found it frustrating and unreliable to use, especially in the platforming segments of the game. There was one segment in the game that took way too long to make. It would be great too if there were some checkpoints between the jumping segments. There is nothing more frustrating than being almost at the end of a jumping segment and falling all the way down for just one minor mistake. 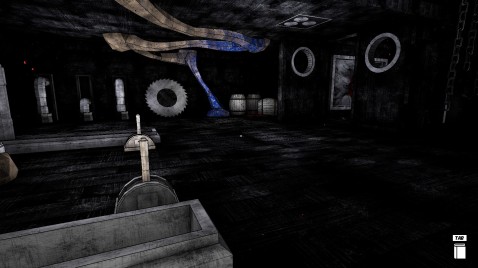 I do have to say, this game is only 3€ on Steam. I think that you get more value for your money when you buy this game. If you are interested in this game, I think you should buy this game.

There are also Steam Achievements and trading cards for people who are interested in that. There are 4 card drops for 6 cards to create a badge. Good luck.

That’s everything I wanted to say about this game. I can’t wait to see the second episode of this game since I really want to know where the story goes next. Thank you so much to the developer for giving me a key to try out this game. I really enjoyed my time with this game. I hope you also enjoyed reading this article as much as I enjoyed writing it. I hope to be able to welcome you in another article but until then, have a great rest of your day and take care.