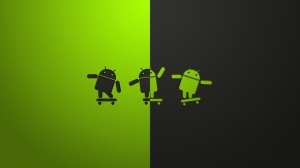 I love getting requests by people who actually develop games. I feel honored and I actually like doing them. It’s the reason why I put a contact page on my blog. Anyways, it has been quite some time since I actually wrote about Android games. That has a reason, I didn’t play a lot of Android games I wanted to talk about in the past few months. Yet, there are a few that slipped under my radar so I will correct that mistake. It’s time to talk about some Android games. I write a short review or talk about why you should play that game and give a score on 5! And as usual, feel free to leave a comment on this article with your thoughts on the games, content and or the games I should take a look at in the future! 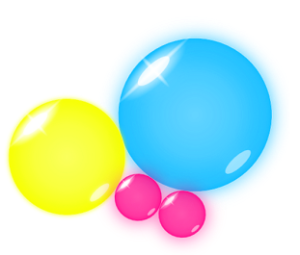 The developer of this game told me that this game is released rather recently and he was looking for some feedback and some exposure. So, when I booted it up, I didn’t know what to expect. The screenshots on the store page didn’t explain what this game is about.

That’s one of the issues I had with the game. I didn’t really understand the game. After a bit of trail and error, I think I got the hang of it. You play against another player or CPU. Each one starts out with one bubble. You can do one of three moves. Split, grow or move your bubble. It’s your goal to get rid of the other guy (or girl)’s bubble.

The suggestion I would give to the developer of this game is that he adds a sort of introduction area. A sort optional tutorial that teaches the basics to beat a CPU on easy mode with ease. On the store page he says that it’s interesting to young children. I’m sorry, but I put this to the test and the children, who were aged in the rage of 5 – 12, didn’t enjoy the game.

Before I talk about the other games, apart from what I mentioned above, the game is quite nice for a first game. Decent and responsive controls, amazing menu work, great music and nice visuals.

In conclusion, this game has potential, it just needs a bit more polish to make the entry level and the learning curve a bit less harsh. 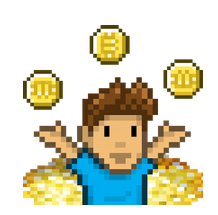 I tried various games that tried to emulate cookie clicker. Since that game was released, I wanted to try it out as well. But I quickly lost interested. But when I saw this game in the Google Play Store, I was interested. A Cookie Clicker clone that’s IT-themed? Yes please!

It didn’t take long before I got myself hooked on the game and I spend various hours on it. If you follow me on Twitter, you might have seen this coming since I actually tweeted a few interesting news items of this game. The humor in this game is just amazing!

This game also needs to get an award. This is an amazing example how microtransactions should work. You can buy special red gems but you can get 25 of them free each day. The catch here is that you get them rather easily. Also, when you connect to WiFi, you get the option to enable ads for a few seconds for in game rewards. That’s just amazing!

The only negative of this game is that sometimes the prices are a bit unbalanced, but hey, how else they make getting the next level rewarding? 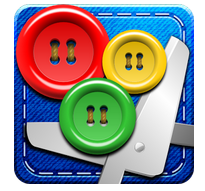 I didn’t see this one coming. This puzzle game is one of most simple games I played in a while. I don’t mean this in a bad way! When you press any button, the game shows you the possible moves. And thanks to that, I was able to figure out how the game works in no time.

Your goal is to cut all the buttons from the piece of fabric. You can only cut the buttons from the same color away, as long as there are no other buttons in between them. Since you can also cut diagonally, this game offers quite a big challenge. This game is nice to play in short bursts.

The only flaw in this game is that they don’t offer a mode for people who are colorblind. Since the contrast mode isn’t really that helpful if you are colorblind. 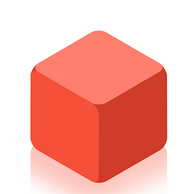 I discovered this one only rather recently. At the start of this week actually. So, I can’t say that I had much fun with it since, yeah. I barely started getting into it. But it’s that good that it deserves a spot in this list.

It’s a puzzle game where you get various shapes that you need to fit in a grid. As soon as you put a whole line full with blocks, they disappear. Your goal is that you can keep placing the blocks that the game gives you.

The only negative I have with this game is that you only get new blocks if you placed all blocks from the bottom. A nitpick I have is that the ads when you loose are too much in your face. It’s something I don’t like at all.

Alright, I think I’m going to wrap up this article here. Thank you for reading and I hope you enjoyed it. Hopefully you found out about some new Android games that you could play in the waiting room or on the bus.

If you ever find new interesting Android games, feel free to send them to me. I might cover them on my blog if I like them or if I dislike them. I love user feedback.

In the meantime, I will be on the lookout for new Android games myself. I actually want to write these kind of articles more often. Since this way I can give more then one game some time to shine. Anyways, take care and I hope to see you in another article!