So, I got a week off last week. I was planning to relax, but I did a lot of other things. From family stuff to studying and working for my evening classes. I also got sick in the last few days. Which is a major bummer since I could have done a bit more if I was less sick. In any case, I think it’s time to write another article about gaming music. Also, thank you Kitami for providing me with this art. I was planning to use it a while ago for a new series I had in mind, but I kind of put it on hold. In any case… If you are new to this series of mine, I listen a lot to game music. It keeps me focused at work and it can cheer me up when I’m down. I try to avoid duplicates on this list. Also, one track per franchise per article. For example, no two Zelda tracks in one article… But in two, just fine. Also, no remixes except when I tell otherwise in the introduction. So, are you ready for a few tracks that are lately playing quite a lot for me…? And as usual, feel free to leave a comment with your opinion on the music and or the games. 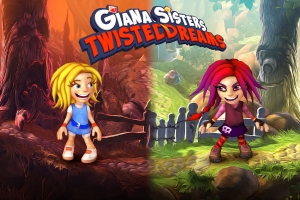 I wasn’t lying in my first impression article. The music in this game is truly amazing. It wasn’t an easy one to pick just one track from this game’s soundtrack.

After some time deciding, I chose this one. Just the mix of chiptune and rock vibe is mind blowing. If only I could play guitar and play this track. But that won’t be for any time soon, since I couldn’t even play the flute back in high school.

Why did I choose this track? Well, because it reminded me a lot of the original game. It might be a re-imaging but damn, the remake of this track is truly well done. Also, I’m still surprised how they were able to mix elements of chiptune and rock so well together.

I’m disappointed at Capcom for cancelling the Ace Attorney spin off. Well, not exactly cancelling. The Great Ace Attorney. Oh well, I hope I can find a playthrough with English subtitles somewhere on the internet. Thankfully, they are bringing Ace Attorney 6 to the west.

I once tried to write a rant about Japanese games never getting a western release, but it didn’t turn out that well. Because I was listing to this nicely made track from the Ace Attorney series.

That reminds me, I should write an article about the Ace Attorney games I didn’t take a look at yet. I’ll put that on my ever growing list of games I want to review or write about.

In any case, I don’t think I need to explain why this is one of my favorite game series. Go dig around on my blog, you will find a couple of articles why I think this is one of the best series ever. 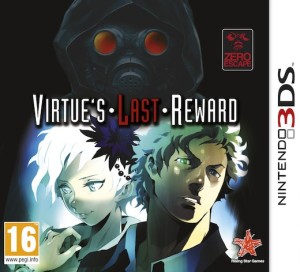 This. Song. It gets me every time. Just like the “Don’t Say Goodbye” songs at the end of Pokémon Mystery Dungeon… The writing, the atmosphere and the presentation make this a hard to swallow track. Then, they add a track like this. It will play with your feelings. And it will give it a hard slap. Not once, but at least twice.

Just play this game and when you get to this point, when the song plays… You will understand why I’m saying this. I wrote this part of the article at least three times since each and every time, I just wrote the same thing twice. The emotions that this music triggers is just that strong to me.

It’s a damn shame I forgot about this amazing track in all my other game music articles. But I have another “excuse” to talk about this track. They finally, FINALLY announced the sequel and it’s coming to the west! Heaven YES!

Now, here is a game I really should play again one day. It’s a game I nearly finished before somehow I lost my save file. If I remember correctly, I stupidly saved while I was in a new game. Yeah, that mistake. All those hours in a RPG, lost.

Well, back in 2012, there was an article floating around that there might be a new Golden Sun in the making if the fans asked for it. I’m really curious if the developers are making a new Golden Sun title. It would give me a reason to play the games. This is one of the games I always want to play but another game comes and distracts me. But I’m sure, one day I will actually play this game again. I’m sure of it!

Oh yeah… The music. I nearly forgot. The music of the first boss was the most memorable to me. Recently, I got the tune back in my head for some reason… It might be a sign. A sign that I need to play this game.

This game was a big part of my childhood. I always played some singleplayer maps where I tried to conquer my enemies with various tactics. The “funny” thing is that I’m really bad in choosing what units are effective. So, yes, I’m not that good at the game. But I still had and I’m still having a lot of fun with this game. Now, I only wish that they make a remake of the original Age Of Empires game for Steam. That would be a real blessing. Now, I have to use my retro game PC to play the original.

Oh, and the new upcoming content for this series makes me almost forget that we, most likely, will never see Age Of Empires 4.

I used this article to also talk a bit about announcements of games that are coming to us. Games that I’m truly excited about. Just today, I learned about Age Of Mythology’s new expansion pack. I linked an article from the official website. Also, are they creating a new expansion pack for Age Of Empires II HD?

In any case, I hope you enjoyed this article as much as I enjoyed writing it. Hopefully, you guys and girls discovered some new and nice music to listen too. In any case, I hope to welcome you in another article but until then, game on~.