When I was younger, I used to try and recreate popular games. I made a Pac-Man clone and a BreakOut clone is a sort of drag-and-drop engine. It was rather easy and required almost no programming knowledge. I was inspired by the various games I played from Popcap, GameHouse or Reflexive Entertainment. Yeah, I played casual games and enjoyed them a lot. Being a gamer doesn’t mean you need to play hardcore games all day. Today, I almost spent the whole day watching my favorite TV-series and playing casual games. So, let’s dig up a few games off my past and let’s talk about them. Are they any good or are they just games for the gamers who take gaming not that seriously? Let’s dive in! And as usual, feel free to leave a comment with your opinion about the games and/or content of the article.

Let me be clear on one thing. The games I played in the past were games from the developers of Peggle, Plants vs Zombies, Dinner Dash, Cubis 2, Luxor and others. The issue with these games are that they can be produced rather quickly. I’m not saying that they can be created without a lot of effort, but when I saw how quick some publishers could publish the games… It was kinda scary. Once I saw a game becoming really popular in the summer and the sequel dropped around the holidays at the end of the year.

I think the crowd for these games is a different crowd than the games I play now-a-days. But there is one thing that these games do that other studios should take a lesson from. They created a version of the game that you could play for 60 minutes. When your 60 minutes were over, you got a screen where you had to purchase the game. The big thing here was, you were allowed to play the full game without any major restrictions. This is how you should create a demo for this kind of games.

In my eyes, they are real games that we can play when we feel like playing a game but don’t feel like playing a big budget game. Or in-between releases. I’m even happy to see that some games hit mainstream and got accepted by the hardcore community. As a personal sidenote, I feel I float somewhere in that middle zone. I play a lot of different kinds of games. The main thing I care about is to have fun with my games. They deliver on that without any doubts. In any case, I think I made my point. Now, let’s take a look at 2 of these games I played in the past, and I’ll tell you why I think they are worth playing.

Back when I still made YouTube videos I played this gem of an adventure game called Dream Chronicles. When I discovered this game, I was highly into dreams and their meanings. I believe that a dream can try to tell you a story. It can also be a tool to help you process an argument or something else (un)pleasant that happened on that day.

The story in this game is what took me off guard. It started out like a “already heard, already done” story at first, but nearing the middle of the first game and certainly in the sequel, that completely changed.

This game series is one of my favorite games in the casual adventure games genre. I highly recommend this game to anyone who wants to play a relaxing adventure game with interesting puzzles and a thrilling story.

One negative, one huge flaw in this game is that KatStudio’s and PlayFirst (the developers and publishers of this game) … well, it went a bit bad. It’s not exactly clear why but the ending of the 5th game became rushed and awkward. It opens up so many doors to a 6th game, but it got cancelled. 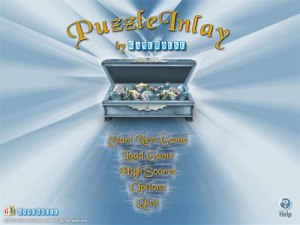 This game is created by a few people. It was created in a puzzle lab. In this game you have to fill a figure with certain blocks. You get them at the bottom. The fuller the that bottom becomes, the worse it is for you. You get a few power ups like a hammer or a wand that changes all/several blocks to usable blocks.

I got hooked on this game a lot, so I played the sequels and spin-offs. The two I played in the past were Adventure Inlay and Magic Inlay. These games offered a bit more than the original. Puzzle Lab did a perfect job with those.

In Magic Inlay, you have final bosses. Most of them mess with your tray or with your already placed blocks which made for some quick thinking moments.

In Adventure Inlay, the game offers a bunch of different game modes that change up the gameplay quite a lot.

Honestly, I recommend Puzzle Inlay to the big puzzle fans. If you love to puzzle games, this is one you should really check out, it’s a relaxing puzzle game that will entertain you when you are waiting for that next big puzzle game to play.

In any case, I hope to welcome you in another article on my blog. But until then, have an amazing day!

6 thoughts on “Game Nostalgia: My past with casual games”